Modern award coverage; how to identify 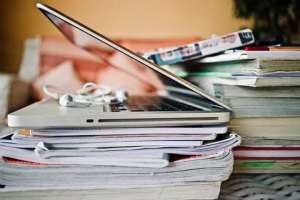 This extract from a recent Federal Court decision in a general protections and award enforcement case sets out the principles which apply to determining whether and if so what modern award may cover particular employment.

The construction of an award, like that of a statute, begins with a consideration of the ordinary meaning of its words.  As with the task of statutory construction regard must be paid to the context and purpose of the provision or expression being construed.  Context may appear from the text of the instrument taken as a whole, its arrangement and the place in it of the provision under construction.  It is not confined to the words of the relevant Act or instrument surrounding the expression to be construed.  It may extend to ‘… the entire document of which it is a part or to other documents with which there is an association’.  It may also include ‘… ideas that gave rise to an expression in a document from which it has been taken’ – Short v FW Hercus Pty Ltd (1993) 40 FCR 511 at 518 (Burchett J); Australian Municipal, Clerical and Services Union v Treasurer of the Commonwealth of Australia (1998) 80 IR 345 (Marshall J).

It is trite that narrow or pedantic approaches to the interpretation of an award are misplaced. The search is for the meaning intended by the framer(s) of the document, bearing in mind that such framer(s) were likely of a practical bent of mind: they may well have been more concerned with expressing an intention in ways likely to have been understood in the context of the relevant industry and industrial relations environment than with legal niceties or jargon. Thus, for example, it is justifiable to read the award to give effect to its evident purposes, having regard to such context, despite mere inconsistencies or infelicities of expression which might tend to some other reading. And meanings which avoid inconvenience or injustice may reasonably be strained for. For reasons such as these, expressions which have been held in the case of other instruments to have been used to mean particular things may sensibly and properly be held to mean something else in the document at hand.”