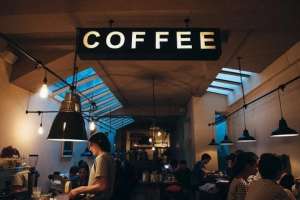 The legal implications of serious misconduct and misconduct are different in unfair dismissal from those concepts depending upon whether employer is small business employer or not.

[36] The ‘Summary Dismissal’ section of the Code clearly applies to dismissals that have ‘immediate effect’ as that term is understood by reference to the decision in Ms Li Li Chen v Australian Catering Solutions Pty Ltd T/A Hearty Health, 18 and are not dismissals on notice.19

[37] On 1 March 2019, Mr Shaw informed Mr Quigley that he had one week’s leave and when he returned, he would serve two weeks’ notice. At the time Mr Shaw notified Mr Quigley of his dismissal, he had decided that Mr Quigley’s attendance at work was required to undertake a handover and implement a new system within the workplace. Such evidence is not suggestive that the relationship had become so fractious that the dismissal should take immediate effect, or that Mr Quigley’s conduct was so egregious that he was to depart the workplace immediately – with no notice given.

[38] In Ryman v Thrash Pty Ltd t/a Wisharts Automotive Services 20 (Ryman) the Full Bench provided a useful synopsis of the proper approach to the construction and application of the Summary Dismissal aspect of the Code and its interaction with Regulation 1.07 of the Fair Work Regulations 2009 (Cth) (Regulations).

[39] In Ryman the Full Bench considered the meaning of ‘summary dismissal’ and said that it referred to a dismissal without notice arising from ‘a breach of an essential term of the employment contract, a serious breach of a non-essential term or the contract, or conduct manifesting an intention not to be bound by the contract in the future on the part of the employee’. 21

[40] However, it is not the case that, under the Code, the Commission must be satisfied that serious misconduct was the basis for the dismissal. 22 Rather, there needs to be a consideration whether, at the time of dismissal, the employer held a belief that the employee’s conduct was sufficiently serious to justify immediate dismissal and one must also consider whether that belief was based on reasonable grounds.23 This element, which has been described as the second element,24 incorporates the concept that the employer has carried out a reasonable investigation into the matter.25 It is not necessary to determine whether the employer was correct in the belief that it held.26 Whether the employer had ‘reasonable grounds’ for the relevant belief is of course to be determined objectively.27

[41] The focus on ‘serious misconduct’ must be taken as identifying the subject matter and it appears to be accepted that this term gleans its meaning from s 12 of the Act and thereafter Regulation 1.07 of the Fair Work Regulations 2009 (Cth). 28”