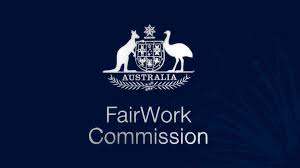 It is tolerably clear from the Fair Work Commission’s decisions on penalty rates that it is feeling the pressure from the various sides of the debate; employers, employees and political.

In my view, its decision last week about what transitional measures should apply as reduced penalty rates are phased in over the next several years (some not to be fully implemented until 2020) that it wants to raise the vexed and highly controversial issue of “loaded rates” for public debate. Loaded rates are, as the following extract from the Full Bench decision this week shows, a special rate for an industry or industries which apply to all hours of work, whether it is undertaken during the day, or at night, or at weekends. A loaded rates is intended to reflect a base market rate for an ordinary unit of work to reflect the particular nuances of a an industry. In my view, it is a very good idea.

“(vi) Loaded Rates [261] A ‘loaded rate’ in this context refers to a rate which is higher than the applicable minimum hourly rate specified in the modern award and is paid for all hours worked instead of certain penalty rates (such as the penalty rates for Saturday and Sunday work). [262] In the Penalty Rates decision we agreed with the view expressed by the Transitional Review Full Bench that there is merit in considering the insertion of appropriate loaded rates into the Hospitality and Retail awards. We also noted that the Hospitality Award already has a form of loaded rate. Clause 27.1 of that award provides that an employer and employee can enter into an alternative arrangement to the payment of the minimum weekly wages, penalty rates and overtime payments prescribed in the award. In essence, and subject to some important safeguards, an employer and employee can enter into an agreement to pay a ‘loaded rate’ which is 25 per cent above the minimum weekly wage instead of penalty rates and overtime. [263] We went on to make it clear that we were not suggesting that a provision such as clause 27.1 of the Hospitality Award is necessarily appropriate for other Hospitality and Retail awards. But subject to appropriate safeguards, schedules to these awards could be developed which provide that if employees are paid a higher (‘loaded’) rate of pay then they would not be entitled to certain penalty payments. We went on to express the view that, subject to the inclusion of appropriate safeguards, ‘loaded rates’ may make awards simpler and easier to understand, consistent with the consideration in s.134(1)(g). [264] As observed in the Penalty Rates decision218, we are alive to the potential complexity involved in the task of developing schedules appropriately for loaded rates. Determining an appropriate loaded rate would not be straightforward and it has to be borne in mind that any loaded rate will remain part of the safety net and will have to be fair and relevant. [265] In the course of its submission ACOSS proposed that: ‘…the Commission must ensure that the decision does not result in existing or future low-paid employees being worse off in terms of the income they receive for the hours that they work. One option for achieving this outcome is to ensure that any existing or future employees subject to reductions in penalty rates in the affected Awards are paid ‘loaded hourly rates’ to compensate for potential losses of pay.’219 [266] We assume that what is proposed is that the minimum hourly rates of pay in the Fast Food, Hospitality, Retail and Pharmacy Awards be increased to compensate employees for the penalty rate reductions. It is not clear how such a proposal would operate. Does it only apply to employees [2017] FWCFB 3001 52 who work on Sundays or is it intended to apply more generally? How are the ‘loaded hourly rates’ to be calculated? [267] Nor is it clear how ACOSS’s proposal can be said to be consistent with the findings in the Penalty Rates decision that, in essence, the additional remuneration received by those employees for working on Sundays is not ‘fair and relevant’ because it overcompensates them given the extent of the disutility associated with Sunday work. [268] We note that the minimum wages objective (see s.284(1)) applies to the variation of modern award minimum wages and ACOSS’s submission makes no attempt to address the various considerations identified in s.284(1)(a) to (c). [269] On the limited material before us we do not propose to give any further consideration to ACOSS’s proposal. In the event any interested party wishes to advance the proposal (or a variant of it), it may do so by making an application to vary one or more of the modern awards affected by our decision. Any such application will be considered in the award stage of the Review. [270] The proposition advanced by ACOSS is quite different to what we envisaged at [2063] – [2084] of the Penalty Rates decision. We confirm our view that there is merit in considering the insertion of appropriate loaded rates into the relevant awards. We also confirm that the development of loaded rates will be an iterative process undertaken in consultation with interested parties. At [2084] of the Penalty Rates decision we indicated that this process would commence after we had determined the transitional arrangements in respect of the reductions in Sunday penalty rates. While this decision determines the relevant transitional arrangements we think it prudent to await the completion of the foreshadowed judicial review before commencing the process of developing loaded rates in the relevant awards. [271] For completeness, we note, and reject, ACCI’s submission that any further consideration of loaded rates only be instigated on application (by unions or employers) and not on the Commission’s own motion. As the Commission has observed on a number of occasions, modern awards are very different to awards of the past. Modern awards are not made to prevent or settle industrial disputes between particular parties. Rather, modern awards are, in effect, regulatory instruments that set minimum terms and conditions of employment for the employees to whom the modern award applied. Further, the 4 yearly review is to be distinguished from inter parties proceedings; it is conducted on the Commission’s own motion and is not dependent upon an application by an interested party. “