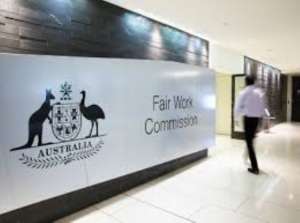 Ordinarily it will be a valid reason for the dismissal of an employee if he or she is unable to meet the inherent requirements of the position. Here is a statement of the legal principles which apply to that issue, which of course must be applied alongside any relevant statutory provisions of workers’ compensation laws.

[10] In J Boag and Son Brewing Pty Ltd v Allan John Button 6 a Full Bench of the Commission set out the proper approach to be taken in determining whether there is a valid reason based on the employee’s incapacity to perform the inherent requirements of the job:

“[53] …Consideration of the validity of that reason [related to capacity] requires three interconnected elements to be considered: firstly, whether Ms Neeteson-Lemkes was capable of performing the inherent requirements of her role as at the date of dismissal; secondly, whether Ms Neeteson-Lemkes would be able to perform the inherent requirements of her role at some time in the future; and thirdly, whether there was some reasonable adjustment which could be made to her role to accommodate any current or future incapacity. In accordance with the reasoning of the Full Bench in J Boag and Son Brewing Pty Ltd v Allan John Button, a reason for dismissal based upon an injured employee’s incapacity to perform the inherent requirements of his or her position or role must be assessed against the requirements of the substantive position or role, not as it may be modified or restricted in order to accommodate the employee’s injury…

[55] …On one view, those post-dismissal expert opinions, if accepted, would demonstrate that at the time of the dismissal Ms Neeteson-Lemkes did have a future capacity to return to her full role, and to that extent Jetstar did not have a valid reason to dismiss her based upon a prediction otherwise. However, it is well-established that, although the validity of a reason for dismissal may be determined by reference to facts discovered after the dismissal, those facts must have existed at the time of dismissal. Thus in Dundovich v P&O Ports – a case which concerned the dismissal of an injured employee who was dismissed because, for the foreseeable future, he would not be able to perform all the duties of his position – a Full Bench of the Commission found that it was necessary to take into account a court judgment that the employee’s injury was work related, even though that judgment post-dated the dismissal, because the judgment was declaratory of facts and legal rights in existence at the time of dismissal. Applying this principle, we do not consider it permissible to take into account the expert opinions to which we have referred in assessing the validity of Jetstar’s reason for dismissal because they were clearly founded upon a factual situation which came into existence well after the date of Ms Neeteson-Lemkes’s dismissal, namely her state of health at the time she was assessed. The validity of that part of Jetstar’s reason for dismissal which concerned her future capacity to perform her duties must be assessed by reference to her state of health, and the expert opinions expressed as to her state of health, as they were at the time of her dismissal.

[56] The evidence does not demonstrate that any health professional had positively expressed the view that Ms Neeteson-Lemkes, based upon her state of health at or before the dismissal, would be able to return to full duties at a future time. Dr Walker’s view, to which we have earlier referred, was that she was permanently incapable of returning to her full duties. His opinion was of course contested at the hearing, but even those practitioners who took a contrary view concerning Ms Neeteson-Lemkes’s diagnosis and prognosis had not at the time of dismissal advanced the position that, based on her state of health at that time, she would be able to perform her full role at some future time. As earlier stated, the “Psychological/Counselling Management Plan” prepared by Mr McKinley in about February 2013, shortly after the dismissal, stated that in his opinion Ms Neeteson-Lemkes would not have the capacity to return to “pre-injury activity”, although of course by the time of the hearing before the Commissioner he had changed his opinion based upon a later assessment of Ms Neeteson-Lemkes. Dr Saunders had recommended a return to work based on restricted hours, with “gradual increase in hours when certified”, but never gave a positive prognosis for a full return to work prior to the dismissal. Dr Farago did not see Ms Neeteson-Lemkes between 2011 and 2013, and Mr Cohen did not see her before 2013. Therefore it can at least be said that Jetstar’s view at the time of dismissal that Ms Neeteson-Lemkes would not be able to return to work her full duties as a Jetstar flight attendant was not contrary to any medical opinion in existence at or about that time.

[57] The evidence did not identify that there was any reasonable modification to the role of a full-time flight attendant that could be made to facilitate Ms Neeteson-Lemkes’s return to that role. It was the emergency and safety-critical aspects of that role which were of most concern given Ms Neeteson-Lemkes’s work and medical history, and there was no suggestion that any modification in that area was possible.

[58] Therefore we are satisfied that Jetstar had a valid reason for the dismissal of Ms Neeteson-Lemkes based upon the medical advice it had received or which existed at the time of the dismissal. We note that in J Boag and Son Brewing Pty Ltd, the Full Bench said:

“An inability to perform the inherent requirements of a position will generally provide a valid reason for dismissal. But this will not invariably be so.”

[59] That proposition was not expressed as a hard and fast rule for every case, because as the Full Bench went on to acknowledge there may be particular facts in particular cases which dictate a different conclusion. The nature of the unfair dismissal jurisdiction is such that it is generally not appropriate to try to express binding rules about what conclusions should be reached in respect of the s.387 matters in relation to generalised factual scenarios. That having been said, we consider that the Full Bench’s proposition in J Boag and Son Brewing Pty Ltd can reasonably be applied to the facts of this case.”