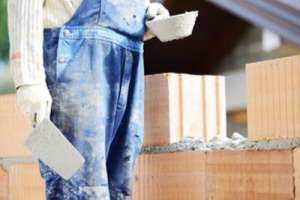 Although the following unfair dismissal application failed because it was out of time, it is interesting because the Commission refused to accept the above argument which the labour hire employer attempted to put as a jurisdictional defence.

It is the removal of another brick in the wall between access to the unfair dismissal jurisdiction of the Fair Work Commission in this situation.

“Clause 3.1 relevantly provided that Mr McKenzie was employed as a “casual on-hired employee” and that “Termination of an assignment by the Employer does not of itself constitute termination of employment”. Clause 4.1 permitted Benchmarque to terminate the employment on one hour’s notice. Attached to the Contract was a SAC for the position of “Bar Back” with The Star which, among other things, identified the hourly rate of pay, the place of work, and The Star manager to whom Mr McKenzie was to report. Mr McKenzie’s evidence was that, as a practical matter, he received his training and work direction from personnel of The Star, and Benchmarque’s role was confined to advising him as to his work roster. His work at The Star constituted his livelihood and sole occupation…….

Under s.386(1)(a) of the FW Act, a dismissal occurs if “the person’s employment with his or her employer has been terminated at the initiative of the employer”. Benchmarque submitted that the termination of Mr McKenzie’s assignment at The Star did not constitute the termination of his employment because the Contract provided for assignment-based employment which did not necessarily terminate merely because an assignment terminated. I reject that submission. In my view, s.386(1)(a) is concerned with the termination of the employment relationship, not the contract of employment.  See Mohazab v Dick Smith Electronics Pty Ltd (No 2) (1995) 62 IR 200 at 204-5, applied to s.386(1)(a) of the FW Act in White v Mahony [2016] FCAFC 160, 226 IR 221 at [23] The subsistence of an employment relationship is dependent on the provision and performance of work and the payment of remuneration for that work. The only thing which gave substance to the Contract in this sense was the work which Mr McKenzie performed at The Star. He was engaged specifically to perform that work, the SAC for that work constituted an essential part of the Contract, and once Mr McKenzie’s assignment to perform that work ended there was no attempt by Benchmarque to find Mr McKenzie alternative work. On the evidence, neither party had any expectation that Benchmarque would provide any further work. Arguably, the Contract may have continued in effect after 5 June 2017, but it would be a fiction to suggest that the employment relationship continued after that date in circumstances where Benchmarque and Mr McKenzie had no dealings with each other whatsoever. Ms Watson’s email of 7 July 2017 I regard to be self-serving and responsive only to Mr McKenzie’s unfair dismissal application.”