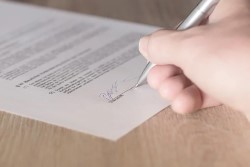 Many employment disputes, particularly between unions and employers are about the meaning of enterprise agreements. This is how they are interpreted.

“The Principles Relevant to the Construction of the Enterprise Agreements