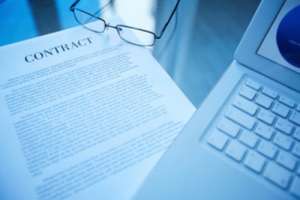 Many employment law cases hinge on the meaning to be ascribed to a clause or clauses of a modern award, enterprise agreement or other instrument such as a contract. Here is a passage from a recent Federal Court case which summarized the principles to be used when doing so.

The general approach to the manner in which industrial instruments such as the present Enterprise Agreement are to be construed is well-settled.

An oft-repeated formulation of that general approach is that provided as follows by Madgwick J in Kucks v CSR Ltd(1996) 66 IR 182 at 184:

[56]       The construction of an award, like that of a statute, begins with a consideration of the ordinary meaning of its words. As with the task of statutory construction regard must be paid to the context and purpose of the provision or expression being construed. Context may appear from the text of the instrument taken as a whole, its arrangement and the place in it of the provision under construction. It is not confined to the words of the relevant Act or instrument surrounding the expression to be construed. It may extend to ‘… the entire document of which it is a part or to other documents with which there is an association’. It may also include ‘… ideas that gave rise to an expression in a document from which it has been taken’.

His Honour continued on to observe (at 440):

[57]       It is of course necessary, in the construction of an award, to remember, as a contextual consideration, that it is an award under consideration. Its words must not be interpreted in a vacuum divorced from industrial realities – City of Wanneroo v Holmes(1989) 30 IR 362 at 378-379 and cases there cited. There is a long tradition of generous construction over a strictly literal approach where industrial awards are concerned – see eg Geo A Bond and Co Ltd (in liq) v McKenzie [1929] AR 499 at 503-4 (Street J). It may be that this means no more than that courts and tribunals will not make too much of infelicitous expression in the drafting of an award nor be astute to discern absurdity or illogicality or apparent inconsistencies. But while fractured and illogical prose may be met by a generous and liberal approach to construction, I repeat what I said in City of Wanneroo v Holmes (at 380):

‘Awards, whether made by consent or otherwise, should make sense according to the basic conventions of the English language. They bind the parties on pain of pecuniary penalties.’”