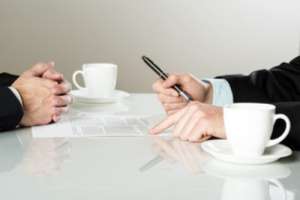 Much of my work involves advising employees and employers about disputes between them in relation to contractual entitlements. This is most commonly in the context of the jurisdiction of the Western Australian Industrial Relations Commission to enquire into and deal with claims for denied contractual benefits by an employee against an employer; see sec 29 Industrial Relations Act 1979 (WA). This is a superb jurisdiction, not available in most other States. There is a 6 year limitation period for these types of claims.

Where an employee claims to be owed moneys by an employer, or former employer, the employee may seek to recover them in the Commission, which is a fast, inexpensive, informal and user friendly place for such claims to be sorted out. It is not an exclusive jurisdiction, and the same claim may be pursued in the civil courts, but there, of courts, a litigant risks having to pay the other party’s costs if the case is lost. Not so in the Commission, which is a no costs jurisdiction, with some exceptions for particularly unmeritorious cases.

One of the recurring themes in these disputes is that one party to a written contract will rely upon an interpretation which contradicts the contract, but which is argued to be what was orally agreed at the time. When is it permissible, to adduce oral evidence to explain what a written contract means?

“The classic exposition of the law on the use of extrinsic evidence in the interpretation of contracts is Mason J’s in Codelfa Construction Pty Ltd v State Rail Authority of NSW (1982) 149 CLR 337 at 352:

The true rule is that evidence of surrounding circumstances is admissible to assist in the interpretation of the contract if the language is ambiguous or susceptible of more than one meaning. But it is not admissible to contradict the language of the contract when it has a plain meeting… [W]hen the issue is which of two or more possible meanings is to be given to a contractual provision we look, not to the actual intentions, aspirations expectations of the parties before or at the time of the contract, except insofar as they are expressed in the contract, but to the objective framework of fact within which the contract came into existence, and to the parties presumed intention in this setting.

Although there appears to have been some tendency to relaxation of the requirement for ambiguity for extrinsic evidence to be admitted this is still considered an orthodox statement of the law[1].