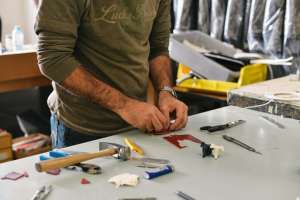 The Federal Court and the Federal Circuit Court of Australia each has the power to order the interim reinstatement of an employee whose employment has been terminated and who pursues a general protections’ claim under the Fair Work Act. The principles which the courts use to determine interlocutory relief are the same as those used by all Australian courts which have the power to make such orders and the following extract from a recent Federal Court case expresses the principles at play. The applicant sought the following interim relief

“In relation to its argument that Mr Carroll was dismissed for engaging in industrial activity, the applicant did not rely on s 347(a) of the Fair Work Act for interlocutory purposes, but did rely on s 347(b) which provides, relevantly:

347     Meaning of engages in industrial activity

A person engages in industrial activity if the person:

(iii)         encourage, or participate in, a lawful activity organised or promoted by an industrial association;…

Mr Carroll never volunteered, and refusal to volunteer was the exercise of a workplace right he had under the enterprise agreement.  If that refusal was part of the reasons for his dismissal that would be a contravention of the Fair Work Act.  Just a few months before, the applicant submitted, the employer had agreed with Mr Carroll that he would not have to work night shifts………………

The respondent submitted the balance of convenience did not favour an order for reinstatement because, if the interlocutory order were granted, the respondent company would have an employee that it did not want.  The Court should be informed as well by the nature of the complaints detailed in the respondent’s affidavit evidence and the evidence as to the need for the work teams to work closely together and effectively.  The respondent submitted there was no prejudice to the applicant if the reinstatement order was not granted.  Any prejudice to Mr Carroll if his claims were vindicated could be remedied at trial by reinstatement and compensation.  The respondent also pointed to Mr Carroll’s very short period of service with it, which meant issues of loss of continuity of service did not loom large in the present case.  The respondent submitted that the prospects of Mr Carroll obtaining alternative employment in the industry were not so slim as to meaningfully weigh in favour of reinstatement.  He had moved around, and had 12 years of experience in, the construction industry, and had extensive qualifications.  There was evidence from Mr Spradbrow as to the shortage of construction electricians in the Sydney labour market…………………….Consideration

I turn first to consider whether there is a serious question to be tried as the evidence now stands.  It is not possible to come to any more than a provisional view of the evidence, given that what is before the Court is the bare affidavit evidence and there has been no oral evidence either in chief or in cross-examination.

I accept the submission that the reverse onus is relevant in assessing whether there is a serious question to be tried: Communications, Electrical, Electronic, Energy, Information, Postal, Plumbing and Allied Services Union of Australia v Blue Star Pacific Pty Ltd [2009] FCA 726; 184 IR 333 at [24]-[25]. In assessing the strength of the applicant’s case for the purpose of this interlocutory application, I take account of the ultimate availability at trial of the presumption in s 361(1): Police Federation of Australia v Nixon [2008] FCA 467; 168 FCR 340 at [69].

In my opinion, there is a serious question to be tried in relation to the reasons for the termination of Mr Carroll’s employment on 28 March 2019 and whether those reasons included proscribed reasons.

I regard it as significant that, although both Mr Ross and Mr Spradbrow deposed to adverse feedback from tradesmen working alongside Mr Carroll in respect of his performance from February 2019, the evidence does not show that these matters were drawn to Mr Carroll’s attention.  If Mr Carroll was, for example, using, or browsing on, his mobile phone at times when he was expected to be performing his duties, but was not told about it so that he could deal with it, it seems to me to call into question, at this interlocutory stage, the cogency or completeness of the respondent’s evidence regarding its reasons for terminating Mr Carroll’s employment.

I also consider there is a serious question to be tried arising from the sequence of events, given that the respondent’s stated reasons for terminating Mr Carroll’s employment, uncommunicated to Mr Carroll though they were until his employment was terminated, arose in circumstances where, on the evidence as it presently stands, Mr Ross had some reservations about the union and when Mr Carroll had raised health and safety issues.  Further, Mr Ross had previously indicated that he would be giving Mr Carroll tasks of responsibility.  I take into account Mr Carroll’s evidence as to Mr Ross’ change of behaviour towards him and the timing of that.

It is to be recalled that Mr Carroll was a member of the union at all times throughout his employment with the respondent and the evidence as it stands suggests that at least Mr Ross knew this.  Mr Carroll deposed that it was well known on the project that he was a member of the union because he wore an ETU shirt to work every day before changing into his hi-vis work wear.  He then changed back into his ETU shirt before he left the project at the end of his shift.

In relation to the applicant’s contention that Mr Carroll was dismissed for refusing to volunteer for night shift work, Mr Carroll, in his affidavit evidence, referred to Mr Ross saying, at the meeting on 28 March 2019 at which Mr Carroll’s employment was terminated, “[l]ook, we need someone who can do nights”.  The evidence on behalf of the respondent, for present interlocutory purposes, does not put that in issue.

I note that the respondent accepted that there was a serious issue to be tried as to whether Mr Carroll had a workplace right in regard to night shift work, being the right to the benefit of the enterprise agreement, in particular clause 13(g).

As to whether the exercise of that workplace right formed part of the respondent’s reasons for the termination, I accept that the reason attributed to Mr Ross on the present state of the evidence would be relevant to the Court’s assessment of those reasons: Elliott v Kodak Australasia Pty Ltd [2001] FCA 1804; 129 IR 251 at [37]. This aspect of the applicant’s case would therefore appear to raise a serious question to be tried as to whether Mr Carroll was dismissed for reasons that included his exercise of a workplace right.

The real issue of substance is the balance of convenience.

I do not accept the submission on behalf of the respondent that reinstatement by its nature is not, in truth, interim relief and that by ordering reinstatement now, the Court would effectively be bestowing the final relief sought, other than the relief sought by way of compensation and the imposition of penalties.

In my opinion, granting the interlocutory relief sought would effect the reinstatement of Mr Carroll’s employment on the same terms and conditions.  If at, or subsequent to, trial the Court dismissed the application for final relief by way of reinstatement the position would return to that which obtained before the grant of interlocutory relief to preserve the status quo.  That is, the interlocutory orders would expire or be discharged and Mr Carroll’s employment regarded as terminated.

I take into account the factors put on behalf of the applicant.  Those factors relate both to the interim monetary and non-monetary consequences for Mr Carroll and the difficulties that the applicant union will have, at least in the short term, in not having an HSR in the workplace.  I take into account Mr Carroll’s financial situation, which he says is poor, and his evidence as to his poor prospects of obtaining work with one of the major contractors.

On the other side of the balance is the issue of the small number of people employed by the respondent in the relevant workplace and the evidence that Mr Carroll’s work was causing disharmony amongst the team.  I find that the team had approximately 8 members as at the end of March 2019 and approximately 14 members as at 11 April 2019.  I find that teamwork and interaction between team members is required and that the nature of the work is such that the workers need to work effectively and closely together.

The evidence before me suggests, by way of hearsay, that some of the team members do not want to work again with Mr Carroll.  However, for present purposes, I would not regard as significant or substantial the extent of any disharmony on that basis.  As I have said, the evidence as it stands does not suggest that these matters were put to Mr Carroll.  If there had been or was about to be substantial disharmony caused by Mr Carroll’s work performance, I find it likely that attempts would have been made to improve his performance and reduce any disharmony before terminating his employment.

I also take into account that there is no direct evidence that the respondent has no work that Mr Carroll could usefully perform in the interim, that is, between now and an early final hearing.

In my opinion, on the applicant’s usual undertaking as to damages, and in the expectation that the parties are available for a final hearing of 2 to 3 days in July 2019, the appropriate order is to grant the interim relief sought.

I will give the parties an opportunity to be heard in relation to the precise terms of interim relief, their availability for a trial in July 2019, and a timetable for the necessary pre-trial steps to be taken.”