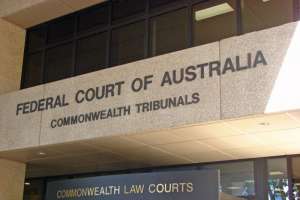 A person who complains of a general protections’ breach is entitled to seek interim relief from the Federal Court or the Federal Circuit Court before having to pursue the mandatory conciliation processes in the Fair Work Commission under sec 365 of the Fair Work Act.

The Federal Court recently rejected an argument from an employer faced with allegations that it had made some members of a union redundant unlawfully because they were union members when the employer argued that the Court was not empowered to order the interim reinstatement of the workers pending final trial, or before the matter proceeded through thee conciliation processes overseen by the Fair Work Commission.

“First, the ordinary meaning of “injunction”, in a legal context, is simply an order that a person do something or refrain from doing something (see Manos v Maras [2007] SASC 192 (FC) at [51]–[52]). An interim injunction is an order of that kind made pending some further event, most often the final resolution of the matter in which the interim order is made. The interlocutory orders sought by the applicants in this proceeding fit that description exactly.

Secondly, there is no indication in s 545(2) that the categories of relief listed are intended to be mutually exclusive. There is therefore no warrant for treating an “interim injunction” and an “order for reinstatement” as distinct and non-overlapping concepts within the Act.

Thirdly, the obvious purpose of s 370(b) is to allow an applicant entitled to an interim injunction to apply directly to a court, without first having the matter dealt with by the FWC as s 370(a) would otherwise require. The heading to s 370is “taking a dismissal dispute to Court”. The section is only engaged where the applicant alleges that there was a contravention of the general protections provisions that has resulted in a person’s dismissal: s 365. It would substantially defeat the purpose of s 370(b) if the applicant were able to apply directly to a court seeking an interim injunction, but not an injunction reinstating the dismissed employee.

For all these reasons I consider that the words “interim injunction” in s 370(b) are apt to include the kind of interim orders that the applicants seek in this proceeding, and accordingly that s 370 presents no bar to their application.”