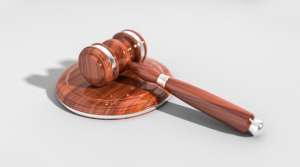 The following extract from a decision of the Federal Circuit Court makes clear the principles the court (and the Federal Court too) will impose when determining an application by an employee to restrain a dismissal in a general protections case.

545 Orders that can be made by particular courts

(1) The Federal Court or the Federal Circuit Court may make any order the court considers appropriate if the court is satisfied that a person has contravened, or proposes to contravene, a civil remedy provision.

(2) Without limiting subsection (1), orders the Federal Court or Federal Circuit Court may make include the following:

(a) an order granting an injunction, or interim injunction, to prevent, stop or remedy the effects of a contravention;

(b) an order awarding compensation for loss that a person has suffered because of the contravention;

(c) an order for reinstatement of a person.

[40] Capcoal submits that the relief the Applicants seek is not “interim injunction[s]” within the meaning of para 370(b) of the Act, because s 545(2) “distinguishes between an interim injunction and an order for reinstatement and treats them as two entirely separate concepts.”

[41] The submission is misconceived.

[42] First, the ordinary meaning of “injunction”, in a legal context, is simply an order that a person do something or refrain from doing something (see Manos v Maras [2007] SASC 192 (FC) at [51]–[52]). An interim injunction is an order of that kind made pending some further event, most often the final resolution of the matter in which the interim order is made. The interlocutory orders sought by the Applicants in this proceeding fit that description exactly.

[43] Secondly, there is no indication in s 545(2) that the categories of relief listed are intended to be mutually exclusive. There is therefore no warrant for treating an “interim injunction” and an “order for reinstatement” as distinct and non-overlapping concepts within the Act.

[44] Thirdly, the obvious purpose of s 370(b) is to allow an Applicant entitled to an interim injunction to apply directly to a court, without first having the matter dealt with by the FWC as s 370(a) would otherwise require. The heading to s 370 is “taking a dismissal dispute to Court”. The section is only engaged where the Applicant alleges that there was a contravention of the general protections provisions that has resulted in a person’s dismissal: s 365. It would substantially defeat the purpose of s 370(b) if the Applicant were able to apply directly to a court seeking an interim injunction, but not an injunction reinstating the dismissed employee.

[45] For all these reasons I consider that the words “interim injunction” in s 370(b) are apt to include the kind of interim orders that the Applicants seek in this proceeding, and accordingly that s 370 presents no bar to their application.

[8] Two questions arise on any such application.

[9] The first is whether the Applicant has made out a prima facie case in the sense that if the evidence were to remain as it is, there is a probability that at the trial of the action the Applicant would be entitled to relief. The second is whether the inconvenience or injury the Applicant is likely to suffer if an injunction were refused outweighs or is outweighed by the injury which the Respondent would suffer if the injunction were granted. See Beecham Group Ltd v Bristol Laboratories Pty Ltd [1968] HCA 1; (1968) 118 CLR 618 at 622–3; Australian Broadcasting Corporation v O’Neill [2016] HCA 46; (2006) 227 CLR 57 at [65].

[18] The first question is sometimes referred to as the issue of whether there is a “serious question to be tried”, while the second question is referred to as the test of the “balance of convenience”. As submitted by the Respondent, the two limbs of this test are interrelated in the sense that the stronger the prima facie case for final relief, the less may be required to tip the balance of convenience; while the greater the preponderance of the balance of convenience, the less strong a case for final relief may be required (see Australian Broadcasting Corporation v O’Neill (2006) 227 CLR 57; [2006] HCA 46 at [65]- [72] and Samsung Electronics Co Ltd v Apple Inc (2011) 217 FCR 238; [2011] FCAFC 156 at [44]- [74]).

[19] As pointed out by Tracey J in Kweifio-Okai v Australian College of Natural Medicine [2014] FCA 746 at [11] in considering an application for interlocutory relief:

In a practical sense what the Court strives to do is to adopt the course which is attended by the lower risk of injustice if, after trial, the Applicant fails to establish his or her case: see Businessworld Computers Pty Ltd v Australian Telecommunications Commission (1988) 82 ALR 499 at 501-3.

[20] It is important to note that in determining whether or not a prima facie case, in the sense referred to above, has been made out, the Court does not conduct a preliminary trial or resolve conflicts arising on the evidence advanced by each party, although some attempt must be made to assess the relative strengths of the parties’ cases (Kweifio-Okai at [12]).

Indeed, as will be seen below, one of the issues in this case is balancing the competing but potential injustice to the Applicant, the Respondent, and to third parties.

In considering an application for an interlocutory order reinstating employees who had been dismissed in Australian Meat Industry Employees’ Union v G & K O’Connor Pty Ltd (2000) 100 IR 383; [2000] FCA 627 at [55], Gray J considered whether the circumstances in that case gave rise to “a serious question as to whether [employees] will be entitled to be reinstated in due course”. In other words, if the case in favour of reinstatement as a final remedy is weak, it is less likely that it will be appropriate to order reinstatement on an interim basis.

[The Applicant] bears the onus of proof in relation to his application for interlocutory relief. Under s.361(2) of the FW Act the presumption in s.361(1) of the Act (that a person took, or is taking, action for a particular reason or with a particular intent where taking that action for that reason or with that intent would constitute a contravention of Part 3-1 of the Act) does not apply in relation to an application for interim orders. However there is authority to the effect that, in assessing whether there is a serious question to be tried, regard may be had to the fact that the presumption will be available in the final determination of the principal proceedings. Account can also be taken of this in assessing the respective strengths and weaknesses of the parties’ cases in exercising the discretion to grant or withhold interlocutory relief (see CFMEU v Anglo Coal at [77] and cases cited therein).

Is there a serious question to be tried?

The balance of convenience

[31]  NAB operates in a highly regulated environment and there has been an increased focus on the financial services industry, and in particular, the major retail banks, of which NAB is one. This focus takes many forms, including the Financial Services Royal Commission, further legal regulation, increasing political scrutiny and media interest.

[32] It is imperative that NAB ensures compliance with its legislative and regulatory obligations, which are reflected in its own policies, procedures and standards. Failure to do so not only impacts NAB internally but has the potential to impact the NAB brand and reputation more broadly. In my view, Ms Alam’s conduct was unacceptable, placed NAB at risk and does not accord with the expectation it has of its employees.

[33] I do not have trust and confidence in Ms Alam’s ability to perform her role (including to protect customer’s confidential information) and comply with NAB’s policies and procedures. The bases of my view is for the following reasons:

(a) Ms Alam’s conduct in sending customers’ confidential information to her personal email accounts demonstrates a fundamental incompatibility with the essential requirement of trust that must exist between individuals working in the financial services industry and customers. Customers must be able to trust that the money and information they have provided to NAB is only used for the purpose in which it was provided. Ms Alam’s conduct demonstrated that she is incapable of meeting the standards required of a financial planner to ensure that customer’s interests are not harmed…