How to interpret enterprise agreements 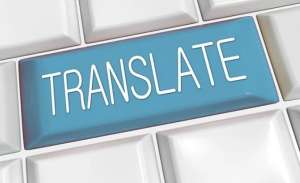 Although enterprise agreements are in a sense a statutory instrument, by which I mean that a breach can constitute a punishable contravention of the Fair Work Act they are not interpreted in the same strict way as legislation because in the main they are not drafted by legally trained persons. Here are the principles.

Qantas and Jetstar (on the one hand) and the Engineers Association (on the other) adopted very different approaches to the construction of cll 6 and 14.6 of the Qantas Agreement and cll 20 and 30.5 of the Jetstar Agreement.

[197]       The starting point for interpretation of an enterprise agreement is the ordinary meaning of the words, read as a whole and in context: City of Wanneroo v Holmes (1989) 30 IR 362 (Holmes) at 378 (French J). The interpretation “turns on the language of the particular agreement, understood in the light of its industrial context and purpose”: Amcor Ltd v Construction, Forestry, Mining and Energy Union (2005) 222 CLR 241 (Amcor) at [2] (Gleeson CJ and McHugh J). The words are not to be interpreted in a vacuum divorced from industrial realities (Holmes at 378); rather, industrial agreements are made for various industries in the light of the customs and working conditions of each, and they are frequently couched in terms intelligible to the parties but without the careful attention to form and draftsmanship that one expects to find in an Act of Parliament (Holmes at 378–379, citing George A Bond & Company Ltd (in liq) v McKenzie [1929] AR (NSW) 498 at 503 (Street J)). To similar effect, it has been said that the framers of such documents were likely of a “practical bent of mind” and may well have been more concerned with expressing an intention in a way likely to be understood in the relevant industry rather than with legal niceties and jargon, so that a purposive approach to interpretation is appropriate and a narrow or pedantic approach is misplaced: see Kucks v CSR Ltd (1996) 66 IR 182 at 184 (Madgwick J); Shop, Distributive and Allied Employees’ Association v Woolworths SA Pty Ltd [2011] FCAFC 67 at [16] (Marshall, Tracey and Flick JJ); Amcor at [96] (Kirby J).

It is that approach which has been adopted in the present proceeding.”