How to calculate compensation for unfair dismissal 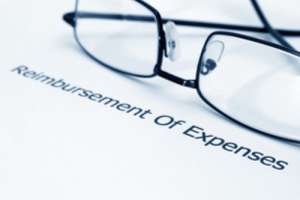 The principles governing the application of section 392 (and its predecessors) have been well established. 13 Relevant for current purposes they were summarised by a full bench of the Commission in Balaclava Pastoral Pty Ltd t/a Australian Hotel Cowra v Nurcombe (footnotes omitted):14

“[42] The correct approach to the assessment of compensation was summarised by the Full Bench in the recent decision in Double N Equipment Hire Pty Ltd t/a A1 Distributions v Alan Humphries as follows (footnotes omitted):

“[16] The well-established approach to the assessment of compensation under s.392 of the FW Act, taking into account the matters specified in s.392(2), is to apply the “Sprigg formula” derived from the Australian Industrial Relations Commission Full Bench decision in Sprigg v Paul Licensed Festival Supermarket. This approach was articulated in the context of the FW Act in Bowden v Ottrey Homes Cobram and District Retirement Villages. Under that approach, the first step to be taken in assessing compensation is to consider s.392(2)(c) – that is, to determine what the applicant would have received, or would have been likely to receive, if the person had not been dismissed. In Bowden this was described in the following way:

‘[33] The first step in this process – the assessment of remuneration lost – is a necessary element in determining an amount to be ordered in lieu of reinstatement. Such an assessment is often difficult, but it must be done. As the Full Bench observed in Sprigg:

‘… we acknowledge that there is a speculative element involved in all such assessments. We believe it is a necessary step by virtue of the requirement of s.170CH(7)(c). We accept that assessment of relative likelihoods is integral to most assessments of compensation or damages in courts of law.’

[34] Lost remuneration is usually calculated by estimating how long the employee would have remained in the relevant employment but for the termination of their employment. We refer to this period as the ‘anticipated period of employment’…’

[17] The identification of this starting point amount “necessarily involves assessments as to future events that will often be problematic”. Once this first step has been undertaken, various adjustments are made in accordance with s.392 and the formula for matters including monies earned since dismissal, contingencies, any reduction on account of the employee’s misconduct and the application of the cap of six months’ pay. This approach is however subject to the overarching requirement to ensure that the level of compensation is in an amount that is considered appropriate having regard to all the circumstances of the case.”

[43] We would add to this that in quantifying compensation, it is necessary to set out with some precision the way in which the various matters required to be taken into account under s.392(2) (and s.392(3) if relevant), and the steps in the Sprigg formula, have been assessed and quantified. That is to say, the way in which a final compensation amount has been arrived at should be readily apparent and explicable from the reasons of the decision-maker.”

[19] We also adopt the observations recently made by a full bench in XL Express (Personnel) Pty Ltd v Biffin: 15

“It must be noted that that the power to order compensation is a power to order compensation in lieu of reinstatement. The assessment that is undertaken in determining the amount of compensation is essentially an assessment of income that an unfairly dismissed employee would have earned with the employer had the employment continued for a period determined by the Commission, less income earned from other sources, contingencies and other deductions. The assessment of compensation looks forward into a hypothetical future. Also relevant are non-monetary considerations such as impact on viability of an employer’s enterprise, misconduct contributions and the statutory cap.”