How the Federal Court impacts on fair work issues 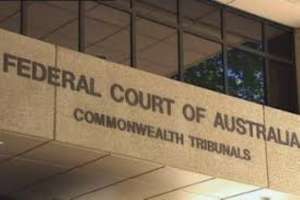 … s 9(3) confers on the [Federal] Court the jurisdiction of those Territory Supreme Courts to hear and determine defamation matters that would be within their jurisdiction: Crosby v Kelly [2012] FCAFC 96; 203 FCR 451 at 458 [35] per Robertson J. As Perram J also explained at 203 FCR 452 [2], the provision creates a surrogate Commonwealth law by reference to the jurisdiction of those Territory Supreme Courts which then acts as a law of the Commonwealth under which matters may then arise.

The original jurisdiction of the Federal Court of Australia also includes jurisdiction in any matter: … (c) arising under any laws made by the Parliament, other than a matter in respect of which a criminal prosecution is instituted or any other criminal matter.

Once a non-colourable assertion is made, that clothes the court with federal jurisdiction, which, once gained, is never lost. Owen Dixon KC’s testimony to the Royal Commission on the Constitution in 1927 put the matter in pungent practical terms:

So, if a tramp about to cross the bridge at Swan Hill is arrested for vagrancy and is intelligent enough to object that he is engaged in interstate commerce and cannot be obstructed, a matter arises under the Constitution. His objection may be constitutional nonsense, but his case is at once one of Federal jurisdiction.