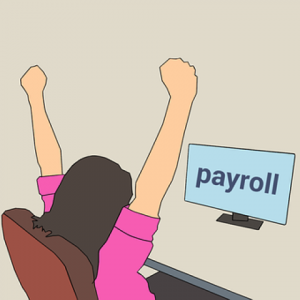 In essence, whether the Applicant’s annual earnings exceed the high income threshold turns on whether the payments were able to be determined in advance. 7 Variable performance bonuses are specifically referenced as not being able to be ascertainable in advance. That is because of the construction of this species of bonus generally involves specific operational or performance targets to be achieved in order for a payment to be made, further the payment outcome is frequently variable based upon the level of achievement As such there is a high degree of variability and a consequent inability to determine the quantum in advance. The Applicant advanced the view that the Hot Spot allowance was a payment that was reviewable and thus ultimately at the discretion of the Respondent. Consequently, the Applicant could not be certain of its payment in advance and, therefore it should not be included in the calculations of his annual earnings. If that were correct, the Applicant would be under the threshold.

By contrast, the Respondent submits that once the amount of the allowance was set for the year, it was a payment that would be made to each of the Site Supervisors. It did not operate as a variable or performance bonus but rather was a fixed amount agreed to 12 months in advance and therefore fully capable of being determined in advance.

Based on the evidence before me, I favour the Respondent’s characterisation of the payment. It seems clear to me that amount of the Hot Spot Allowance was of $22,500 was a gross amount, that was paid in equal monthly instalments and subject to superannuation and tax and able to be determined for at least a 12-month period and was not a variable performance arrangement, but a fixed amount paid as the result of a competitive salary survey. I thus conclude that the Hot Spot allowance constitutes “earnings” within the meaning of the Act.

Accordingly, the Applicant’s total earnings must be calculated by combining the two base salary and the allowance. The Applicant’s annual rate of earnings at the time of his dismissal therefore exceeded the high income threshold and thus the Applicant does not fall within s.382(b)(iii) of the Act.”