Heat of the moment resignations and unfair dismissal 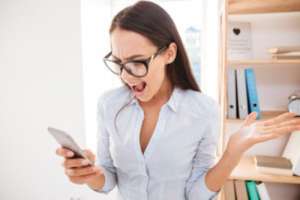 There are many posts published on my web site about this concept.

Around this issue,  a whole body of case law has developed to the effect that there are contexts in which an employer will accept a resignation from an employee at its peril  if it is tendered in the “heat of the moment”.The wise employer will wait for the employee to “cool off” before regarding it as a genuine resignation.

Here is a summary of the legal principles.

The legal principles governing the application of section 386(1) in the context of cases where the employee is said to have resigned rather than been dismissed are well established. Together with an analysis of its legislative history, they were recently set out by a Full Bench of this Commission in Bupa Aged Care Australia Pty Ltd v Tavassoli 8 as follows:

(2) A resignation that is “forced” by conduct or a course of conduct on the part of the employer will be a dismissal within the second limb of the definition in section 386(1)(b). The test to be applied here is whether the employer engaged in the conduct with the intention of bringing the employment to an end or whether termination of the employment was the probable result of the employer’s conduct such that the employee had no effective or real choice but to resign. Unlike the situation in (1), the requisite employer conduct is the essential element.”

Although decided under a previous Act, 9 the following approach of the Full Bench of the Australian Industrial Relations Commission in O’Meara v Stanley Works Pty Ltd10 remains generally relevant to the consideration of section 386(1):

“In this Commission the concepts have been addressed on numerous occasions and by a number of Full Benches. In Pawel v Advanced Precast Pty Ltd (Pawel) a Full Bench said:

In our view the full statement of reasons in Mohazab which we have set out together with the further explanation by Moore J in Rheinberger and the decisions of Full Benches of this Commission in Pawel and ABB Engineering require that there to be some action on the part of the employer which is either intended to bring the employment to an end or has the probable result of bringing the employment relationship to an end. It is not simply a question of whether “the act of the employer [resulted] directly or consequentially in the termination of the employment.” Decisions which adopt the shorter formulation of the reasons for decision should be treated with some caution as they may not give full weight to the decision in Mohazab. In determining whether a termination was at the initiative of the employer an objective analysis of the employer’s conduct is required to determine whether it was of such a nature that resignation was the probable result or that the appellant had no effective or real choice but to resign.” 11

Although determined by the English Court of Appeal, the following approach taken in CF Capital PLC v Willoughby 12  is also generally consistent with that of Australian courts and tribunals:

“37. The ‘rule’ is that a notice of resignation or dismissal (whether given orally or in writing) has effect according to the ordinary interpretation of its terms. Moreover, once such a notice is given it cannot be withdrawn except by consent. The ‘special circumstances’ exception as explained and illustrated in the authorities is, I consider, not strictly a true exception to the rule. It is rather in the nature of a cautionary reminder to the recipient of the notice that, before accepting or otherwise acting upon it, the circumstances in which it is given may require him first to satisfy himself that the giver of the notice did in fact really intend what he had apparently said by it. In other words, he must be satisfied that the giver really did intend to give a notice of resignation or dismissal, as the case may be. The need for such a so-called exception to the rule is well summarised by Wood J in paragraph 31 of Kwik-Fit’s case and, as the cases show, such need will almost invariably arise in cases in which the purported notice has been given orally in the heat of the moment by words that may quickly be regretted.

I apply these principles and, in the context of the current statutory scheme, particularly the full bench observations in Bupa Aged Care Australia Pty Ltd v Tavassoli, in determining this matter.”