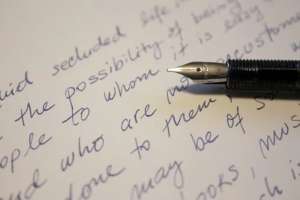 “The jurisdictional defence to an unfair dismissal case of genuine redundancy can only begin to be established in the event there is full and complete consultation compliance with any applicable award or enterprise agreement. And if written compliance is required, nothing less will suffice.

“Clause 8.1 imposes an obligation (amongst others) to give notice and commence discussions with employees once a definite decision is made to make major changes to an organisation which are likely to have significant effects on employees. Significant effects are defined (in clause 8.5) to include termination of employment.

Although the evidence suggests that Kingscote Flight’s discussions with Mr Stuart about its decision to sell the business and the effect of that decision on his employment were brief, I am satisfied that in the context of this business Kingscote Flight met its minimum obligation of notification and discussion once it had made a definite decision.

However, clause 8.2 of the Award required Kingscote Flight to:

“give in writing to the affected employees…all relevant information about the changes including their nature, their expected effect on employees and any other matters likely to affect employees” (other than confidential information).

The decision to sell the business of Kingscote Flight was a decision by the Employer to make a major change in organisation that was likely to have a significant effect on employees, within the meaning of clause 8.1 of the Award.

There is no evidence before me that Kingscote Flight gave Mr Stuart any such notification in writing whilst he was employed, let alone as soon as practicable after a definite decision was made. The only evidence of a written statement by the employer was the letter it wrote retrospectively (after dismissal) dated 24 November 2019.

In these circumstances, Kingscote Flight failed to meet a technical requirement of the consultation provision in clause 8 of the Award.

Whilst the redundancy was genuine in the sense of being for a valid operational reason, and whilst a minimum level of oral notification and discussion occurred, this finding precludes a conclusion that Kingscote Flight met all the elements of the definition of “genuine redundancy” in section 389 of the FW Act.

The jurisdictional challenge advanced by Kingscote Flight is not made out.”