Genuine redundancies and the nature of consultation 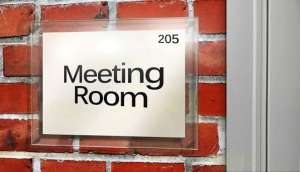 What practical steps must an employer take to comply with the consultation obligations of an applicable modern award or enterprise agreement when seeking to justify a termination of employment as a genuine redundancy? Here is an answer?

“While the evidence allows a finding that Ms Liu’s employment was terminated for the reasons set out in s.389(1)(c) I am not satisfied the consultation obligation in s.389(1)(b) was complied with.

[26] The evidence relied upon by JHC about Ms Liu’s position being redundant is primarily its trading position in March 2021. It argues that it made one round of redundancies in March 2020 and was about to make a further round when the Jobkeeper employment subsidies were announced by the Australian Government. The introduction of those subsidies saved Ms Liu’s job, and those of others, at the time. By March 2021 demand for the company’s products remained weak; the March Quarter 2021 sales were just 50% of the comparable period in 2019. 17 During 2020 JHC needed to restructure its loan arrangements. Finally, in 2021, the absence of Jobkeeper support was assessed as likely to place severe financial pressure on JHC if there was not a reduction in labour costs. The company’s three-month gross profit margin would be eroded with rent (about 57% of gross profit) and wages (about 29% of gross profit). The payment of other costs would make it extremely difficult financially.18

[27] Mr Xu’s evidence is that prior to making Ms Liu and others redundant he warned staff generally that workload remained low and that JHC may have to make people redundant. 19 When workload did not pickup, he resolved to make redundancies and describes in his evidence a process by which he reviewed the company’s workload and made decisions about who would be selected. One of the parts of the business he examined was the laser engraving department, in which Ms Liu worked, where it was his assessment there was “very little work left over, so we even don’t need that department, people working there. That little workload can be shared with other people”.20

[28] I accept the Respondent’s evidence about its workload and that it no longer required Ms Liu’s job to be performed by anyone because of changes in the operational requirements of its enterprise and that accordingly her position was redundant.

[29] While that finding meets the first limb of the definition of “genuine redundancy” within s.389(1) consideration must also be given to the second limb, as to whether JHC complied with any obligations in a modern award or enterprise agreement that applied to the employment to consult about the redundancy. It is also necessary to consider the matter of redeployment as required by s.389(2).

[30] JHC is not covered by an enterprise agreement. The Respondent states in its Form F3, Employer Response Form, that Ms Liu’s employment was not subject to an award. 21 Such is improbable. The evidence amply supports Ms Liu was working in roles that are the subject of coverage under the Graphic Arts, Printing and Publishing Award 202022 (the Graphic Arts Award). Her final payslip records her employment classification as “printer” and her hourly pay rate as $19.84, which was the minimum hourly rate for a level one employee under the Graphic Arts Award at the time.

[31] The Graphic Arts Award requires, so far as is relevant to s.389(1)(b), consultation with affected employees about major change likely to have significant effects, which includes termination of employment. Noting that a proposed termination of employment is defined by the Award as something which may have significant effects on employees the Graphic Arts Award requires the following consultation with employees:

37.1 If an employer makes a definite decision to make major changes in production, program, organisation, structure or technology that are likely to have significant effects on employees, the employer must:

37.2 For the purposes of the discussion under clause 37.1(b), the employer must give in writing to the affected employees and their representatives (if any) all relevant information about the changes including:

37.3 Clause 37.2 does not require an employer to disclose any confidential information if its disclosure would be contrary to the employer’s interests.

37.4 The employer must promptly consider any matters raised by the employees or their representatives about the changes in the course of the discussion under clause 37.1(b).

37.5 In clause 37 significant effects, on employees, includes any of the following:

37.6 Where this award makes provision for alteration of any of the matters defined at clause 37.5, such alteration is taken not to have significant effect.”

[32] Compliance with the clause requires several steps by an employer which has made the definite decision to make people redundant:

[33] Necessarily, consultation as prescribed “is not perfunctory advice on what is about to happen … Consultation is providing the individual, or other relevant persons, with a bona fide opportunity to influence the decision maker”. 23

[34] Mr Xu was the person who communicated her dismissal to Ms Liu. Mr Xu gave the following evidence about what was said and done on 10 March 2021, the day on which Ms Liu was notified of JHC’s decision to terminate her employment (noting the reference in the passage below to “Mrs Rui” is a reference to the Applicant):

“So on 10 March we called four people in my office.  I told them, ‘I’m going to redundant four people.  You are the one I’m going to redundant.’  I also ask them, ‘Is there anything you want to say?’ or – you know, I described the situation of company and I told them, you know, why we made the decision, and I also asked them, ‘You can call anyone, follow up,’ to say, ‘Do you have any questions or do you have any sort of –  you ask them.  You can ask me now or afterwards to let me know if something I made decision inappropriate.’

So on that meeting I explained quite a bit and I give them chance to express what they say, and Mrs Rui on that meeting didn’t say anything, but Mrs Fang said something, also Michaelsaid something.  So I explained to them already.  That meeting – I think at least 20 minutes was the meeting, because that time I feel very sorry for them.  I apologise for them, and I also tell them my sincere apology, and anything I can do I will help.” 24

[35] There was no consultation in the manner envisaged in the Award’s clause 37. At best there was a one-way conversation on 10 March 2021 led by Mr Xu in which he informed Ms Liu and three others at JHC he could no longer maintain their employment and that their employment was to be terminated. Having communicated that news, he asked for their views. Unsurprisingly, not much came forward.

[36] Despite the difficult circumstances of needing to inform four people their jobs were likely to end, effective consultation of the type envisaged by clause 37 could have been undertaken by JHC. At the least it should have been explained to the employees why the decision was necessary and the reasons they were the ones selected for redundancy, as well as being given some time to reflect on the proposal, perhaps overnight. It would have been appropriate to then ask the employees in a resumed meeting the next day whether they had questions or alternative proposals.

[37] As it was, Mr Xu communicated the news and handed out an already prepared termination letter. Such process is not compliant with the Graphic Arts Award’s clause 37.

[38] Pursuant to s.389(2) a termination of employment is also not a genuine redundancy if it would have been reasonable in all the circumstances for the dismissed person to be redeployed within the employer’s enterprise or an associated entity. JHC’s termination letter asserts that redeployment of Ms Liu is not possible “[g]iven the size of the company’s operations, and the severe impact of recent events on our business”. Such though skates across the subject, rather than directly engaging with it. The letter was given to Ms Liu on 10 March 2021, and she finished her employment on 26 March 2021, yet on 8 April 2021 an advertisement appeared for an alternative position. The Respondent explains the advertising as arising because of unexpected demand for its digital printing products, flowing from Mr Xu’s return from a tradeshow which ended on 26 March 2021. 25 The first job advertisement then appeared just under two weeks later.

[39] While I accept that the increase in digital printing demand arose at short notice and after Mr Xu returned from the tradeshow, as well as after Ms Liu’s termination of employment ended, it has to be noted that the Respondent plainly viewed her as having insufficient skills to perform the work which arose after termination. 26 Such views were likely foremost in Mr Xu’s mind as to whether Ms Liu could be kept on, or after she had left, she could be offered a return to the business to work in the digital printing job.

[40] Ms Liu argues the company was busy at the time for her termination, however, argues the situation generally. Mr Xu and Ms Cui’s evidence on its financial and trading position is consistent with the Respondent suffering a severe and sustained downturn in business and that it could not afford to maintain the then prevailing labour costs in the absence of the Jobkeeper subsidies. Those matters are consistent with what JHC expressed to her when it notified her about her forthcoming redundancy, there was not, at that time a “possibility of redeploying you in another part of the company’s operations”.

[41] In all, I accept that it was not reasonable in all the circumstances for Ms Liu to be redeployed within the Respondent’s enterprise or an associated entity at the time she was dismissed.

[42] Since I have found that Ms Liu’s termination of employment was not a genuine redundancy, as defined, it is necessary to consider whether she was unfairly dismissed.”