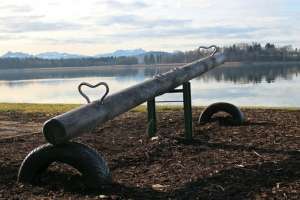 What follows is a summary of the reverse onus of proof provisions of the Fair Work Act which a respondent to a general protections’ case is obliged to discharge.

I refer to the approach I set out in Sayed v Construction, Forestry, Mining and Energy Union [2015] FCA 27; 149 ALD 88 at [178]-[194], and adopt that same approach in this proceeding. From those passages in Sayed, I consider the following matters to be especially pertinent to the current proceeding:

(a)          evidence given by a decision-maker may not be conclusive and there is no “binary choice” to be made between accepting or rejecting any such evidence: Sayed at [180];

(b)          while one way to articulate the question is whether the employer has proven that the alleged prohibited reason was not a substantial or operative factor, it is also important not to stray far from the statutory language which asks whether an employer has proven action was not taken for reasons which “included” a prohibited reason: Sayed at [183] and [188];

(c)          the authorities, and in particular the High Court’s decision in Construction, Forestry, Mining and Energy Union v BHP Coal Pty Ltd [2014] HCA 41; 253 CLR 243, emphasise the factual nature of the task of ascertaining why adverse action was taken against a person. This generally involves an inquiry about the state of mind of the decision-maker, although it is not limited to that inquiry: Sayed at [189]; and

(d)          where an employer can prove that the role played by a protected attribute was no more than “coincidental” or “part of the context or surrounding circumstances” or some such description, then this may be sufficient in a given case to discharge the reverse onus: Sayedat [190]-[191].”