The effect of s.361(1) is to establish a presumption of contravention which is capable of being overcome by a person who proves otherwise. As noted above, it is central to the resolution of this case whether Mr Huerta’s affidavit and oral evidence provides the requisite proof that Mr Pezzimenti’s dismissal was lawful, and indeed justified, and was not taken in contravention of the Fair Work Act.

In Barclay, the High Court (French CJ, Crennan, Gummow and Hayne JJ agreeing) found that the task for a court in a proceeding alleging a contravention of s.346 of the Fair Work Act is to determine, on the balance of probabilities in light of all the established evidence, whether the employer took adverse action for a prohibited reason, or reasons which included a prohibited reason. As noted above, direct testimony from the decision maker acting on behalf of the employer, which is accepted as reliable, is capable of discharging the burden upon an employer under s.361(1).

Importantly, French and Crennan JJ stated that it will generally be difficult to displace the statutory presumption if no direct testimony is given by the decision maker. 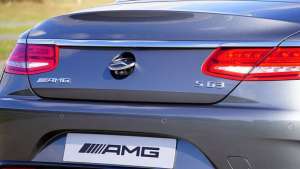