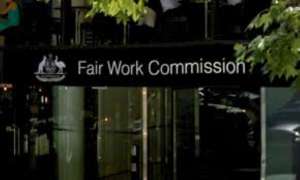 I have been intrigued for some time now whether the concept of constructive dismissal has any role to play in the general protections. Most practitioners are aware that a resignation by an employee may be regarded in certain circumstances as a constructive dismissal for the purposes of unfair dismissal rights. It is a statutory fiction if you like.

The original concept was born out of the common law and the doctrine of repudiation of contract.

The expression “constructive dismissal” is not given the time of day in the Fair Work Act but the Act does provide that a person will be regarded as having been dismissed if inter alia “the person has resigned from his or her employment but was forced to do so because of conduct or a course of conduct engaged in by his or her employer”; sub-sec 386(1)(b)).

Importantly, I have thought, is that the provision is located in Part 3-2 of the Act which deals with unfair dismissals.

This raises the question. If an applicant contends in a general protections application that an employer’s conduct forced him or her to resign, in circumstances for example in which the applicant contends that there was a constructive dismissal, does the Act require the Commission to conduct a conference (sec 368) or only if the parties agree (sec374)?

In the following extract from a recent decision of the Federal Circuit Court It appears to have been accepted that conduct which could constitute a constructive dismissal for the purposes of the unfair dismissal jurisdiction of the Fair Work Act was a dismissal for the purposes of the general protections, in which event I imagine sec 372 would have applied. In other words, it must follow presumably that a person who makes a general protections application which pleads a constructive dismissal can insist upon the Commission convening a conference.

“This brings us to the question of the termination of the employment.  This is submitted by the applicant to form part of the adverse action.

There is no doubt that on the face of it the applicant resigned her employment. She admitted as much in cross-examination. That is not, however, the end of the matter. The applicant’s submissions put the matter both as a repudiation at common law and as a dismissal within the meaning of section 386(1)(b) of the Act which provides relevantly that:

Although I have had regard to the authorities quoted by the parties in support of their positions, this case, in my view, turns upon an examination of the particular facts and circumstances of the contract of employment that obtained between the applicant and the respondent.  (It should be noted that at no time has the respondent sought to suggest that the relationship was one of an independent contractor.)

Ms Bell had conducted the Ouyen-Hattah run for many years.  That was her job as she saw it.  Given that it had continued under the respondent for some five years from 2012 to 2017, it was plainly the job as Mr Vallance saw it also.  What made things change was the request for more pay and payslips made by Ms Bell.

The respondent’s conduct in response that request was, in my view, extreme.  He did not respond (although he clearly thought this) by asserting that there was no occasion for a pay rise because the work in total, even if increased, simply did not amount to two hours per day.  He forthwith took her off that run and offered her another one.  From the obfuscatory and evasive answers he gave in Court to which I have already referred in my references to the transcript above, I have no doubt whatever that he was aware that this would be uncongenial to the applicant.  I have no doubt that he knew this would be a major and unacceptable change to her.

Does this conduct, however, indicate “the employer has evinced an intention no longer to be bound by the contract of employment, i.e. whether the employer has repudiated the contract of employment. No doubt the question whether conduct does evince such an intention is to be judged objectively” (Spencer v Dowling [1997] 2 VR 127 per Hayne JA at p.160). Was it, to put the matter another way as in Koompahtoo Local Aboriginal Land Council v Sanpine Pty Ltd (2007) 233 CLR 115 at [44] conduct which evinces an unwillingness or an inability to render substantial performance of the contract.

Mr Vallance’s evidence was that he still wanted the applicant to work for him but I do not accept that assertion. It is wholly inconsistent with the objective march of events and his vitriolic comments about Ms Bell from time to time. I think taken in the context of the long-running relationship of the applicant with the particular job that she had, its removal necessarily ultimately gave her no alternative other than to resign. In my view, the conduct of Mr Vallance in taking the applicant off the Ouyen-Hattah run was both a repudiation at common law in the circumstances of the case and forcing her to do so within the meaning of section 386(1)(b) of the Act.

It should be noted, however, that given that the respondent has already been found to have contravened section 340 by taking the adverse action of removing her from the run, to punish the respondent twice for the resultant dismissal would, in my view, be a double counting.

Finally, it should be noted that the conduct of Mr Vallance following the exercise of the workplace right by Ms Bell in going to the Fair Work Commission cannot be adverse action because by that stage on any view of the matter Ms Bell was no longer an employee. The respondent did not dismiss her from employment, injure her in her employment or alter her position as an employee to her prejudice. In order to constitute action pursuant to column 1 in section 342(1) it must be action by an employer against an employee. While Mr Vallance’s responses both in his message and at the bowls club are deeply unattractive, they do not infract s 340 of the Act. They do, however, fall for consideration in the applicant’s claims for relief.”