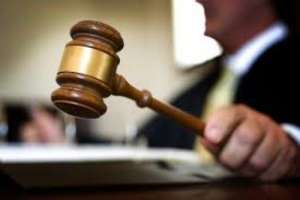 Both the Federal Court of Australia and the Federal Circuit Court of Australia have the jurisdictional power to order injunctions to preserve the status quo in legal disputes, and in the case of general protections’ applications, to order reinstatement of employment pending the trial of the case. However, such interim relief is difficult to obtain as the following extract from a Federal Circuit Court judgement makes clear.

“I have taken into account the matters raised by Mr McAllan as to why his full time employment ought to be reinstated on an interlocutory basis, in particular the financial issues he raises.  Despite the fact that some (although not all) factors weigh in favour of granting the relief sought by Mr McAllan, seen in light of the weak prospects of success for his case as pleaded and the absence of evidence that damages would not be an adequate remedy in the longer term, in all the circumstances of this case on the evidence before the Court I am of the view that the balance of convenience and the interests of justice are not such as to favour the grant of the injunction sought.

On balance, I am not persuaded that I should grant the interim injunction sought.  As Katzmann J pointed out in CFMEU v Anglo Coal at [74], the merits cannot be ignored.  As the Full Court of the Federal Court stated in Samsung Electronics Ltd v Apple Inc at [67]:

As Sundberg J observed in Sigma Pharmaceuticals (Australia) Pty Ltd v Wyeth [2009] FCA 595; (2009) 81 IPR 339 at [15] (p 342), when considering whether to grant an interlocutory injunction, the issue of whether the plaintiff has made out a prima facie case and whether the balance of convenience and justice favours the grant of an injunction are related inquiries. The question of whether there is a serious question or a prima facie case should not be considered in isolation from the balance of convenience. The apparent strength of the parties’ substantive cases will often be an important consideration to be weighed in the balance: Tidy Tea Ltd v Unilever Australia Ltd (1995) 32 IPR 405 at [416] per Burchett J; Aktiebolaget Hassle v Biochemie Australia Pty Ltd [2003] FCA 496; (2003) 57 IPR 1 at [31] (p 10) per Sackville J; Hexal Australia Pty Ltd v Roche Therapeutics Inc [2005] FCA 1218; (2005) 66 IPR 325 at [18] (p 329) per Stone J; and Castlemaine Tooheys at 154 per Mason ACJ.

This does not mean I am prejudging the question of whether Mr McAllan may ultimately succeed in the principal proceedings or whether, if so, he should be reinstated to full time employment (in any form).  However I am not satisfied that it is appropriate on an interlocutory basis to grant the relief sought.  The application in a case should be dismissed. “