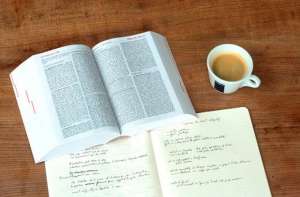 What is the exercise of a workplace right for the purposes of the general protections?

“The ambit of what amounts to a complaint for the purpose of s.341 is generally agreed to be broad, but not at large.[5]  In my view, the complaints and inquiries of which the Applicant has given evidence establish the relevant nexus.  The matters raised clearly had implications for the Applicant’s own employment and the nature of the duties he performed as well as the rights and employment of other employees.[6]  I turn to consider the causal link and whether the alleged adverse action was taken by the employer ‘because’ of the exercise of the workplace rights.  In my view, with respect to the medical evidence adverse action and the annual leave adverse action, it was.  I note that in the related judgment I made the following findings:

“50.         I have considered the affidavit material read by the applicant, the annexures to those affidavits, and the various exhibits tendered by him at trial.  In the absence of a respondent, the applicant understandably did not give evidence.  I accept the evidence of the applicant as set out in his affidavits.  I accept the underlying thesis of his submissions.  In other words, I accept that once the respondent realised that the applicant was, from its perspective, less co-operative than it would have liked, having been told of the respondent’s decision to drastically reduce the size of its Australian operations and retrench most of its local work force, it determined to make his position with it untenable and made a series of decisions aimed at avoiding its obligation to pay the applicant his full entitlements when his employment ceased.  It clearly took the view that the applicant had become a thorn in its side.  Those inferences are open on the evidence and I am prepared to draw them.  The respondent’s actions were clearly motivated by the issues raised by the applicant in the discussions and correspondence referred to in his evidence.