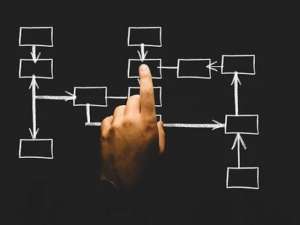 Today I have come across this decision of the Federal Circuit Court dealing with a general protections case which involved at first instance a need to determine whether the applicant was an employee or a contractor. The decision is a good summary of the basic elements of how this issue is resolved by the courts on a factual basis.

“THE COURT ORDERS ON A FINAL BASIS:

My thought would be to set up a contractor agreement like we do with other brokers on the standard package but with a twist around the Rideshare Solutions/Rentals business.

15% of finance deals you write from our leads

40 % of deals you find and settle yourself

$ figure for rent2own deals you get

$ figure for rental contracts on the road (or % of rental income)

other opportunities to be discussed.

I have potential opportunities from other dealerships that we can discuss for short term money if you need as well and I am about to open Southside MG at Moorooka next week as discussed and am launching a car brokerage from the Springwood site in the next period.

I’m excited by the opportunity and challenge of innovation in this sector.  I have a few ideas to run by you and think we can definitely grow Rideshare Solutions into a great profit centre.  I’m okay with the $1000 retainer.  Is this excluding GST?  When would you want to start?  Would be great if I could see a contract and first pay this week if possible.  I did get interviewed on Friday by Michael from Westpoint and I think we hit it off.  He was going to reference me and come back to me with an offer today.  Ideally, as I need to earn some cash in the short term, if I come on board with you, maybe you could offer me to locum for him occasionally as I think he is just short staffed for only a bit and this would substitute my commission shortfall for a bit while we get Rideshare Solutions booming.

Mate, if you don’t think this will work, I understand.  Just give me the heads up.  I’m not interested in brokering and I’m invested in the rideshare space so I will go do my own thing.

2 people texting me from referrals as early as 6 am this morning.

4 current renters looking for available cars for their friends

Problem: Well it’s a good problem to have however as Monica has been given 40 fines  to stat declare and they are all time sensitive so that leaves me alone to prepare the rego requests and booked hire licence transfers load the cars to RCM, key tag and store books and spares and then rent them.  So even though I have 8 camrys here I’ve only managed to register 4 and will have to wait till the phone stops to get the rest of the paperwork done.

I understand everyone is busy but if you have any ideas to help me out other than pulling a 14 hour day that would be great.

If you’re wondering why we are busy many of the large providers are struggling to handle the new laws so they are down sizing or just not answering the phone. Keyz have also started to run out of cars.

Should I increase prices?

If too hard -let’s just shut the gate and close up.

I’ll sort out next week.

Let’s do a handover this arvo with you and Monika and we’ll move on.

Divert phones to my mobile and we’ll do what we did for the first 2 years.

Did we end up getting the contractor agreement signed in the Phil entity? We will need some invoices as well at some stage.

No contractor agreement in place yet, can organise this week.  Just confirm entity we want to put it in mate.

Phil, can you send me your entity and abn etc to prepare it in please.

The Applicant’s reply, some 27 minutes later, it was:

Probably just go sole trader till June 30. Is it a big deal to switch to company/trust later?

Also can you put the $400 for Monika’s services in one lump with mine moving forward as im going to transition to a partnership abn for tax off setting this year.

Can we chat about this soon.

I am fine to stay as we are as I control the work I do and have other business ventures but they don’t and I think it would be good to consider moving them over.

Monika has said that you have only paid her $400 can you please correct this to the $1,000 as I promised this to her.  I am arranging for a singular ABN for our written contract for you so this will mean you can claim GST.  It will actually work out to be $47,272.73 EXC GST per year or $52,000 including for you and ill ensure to back invoice you for everything before EOFY.

Once again, we definitely need to sit down and nut out the small details on paper…

Somewhere along the line Phil (the Applicant) has clearly mistaken my message to investigate the current legislation and prepare a business model to see if we will continue – not reinvent and take over our business.

This report is yet to be furnished to me and as such please do not accept any direction or a request from Phil until further notice if ever.

The system for vehicles and preparation will remain with current lines…

Phil- I will discuss with you but can I AGAIN ask that you slow down and don’t waste staff time until we have discussed.  I don’t need to repeat this again.  The girls have much more on their plate then random requests without proper authority.  I understand your trying to help but your causing more grief than good currently.

Please also be aware the rental cars are not YOURS and are in fact HG Innovation and play a small role in a much bigger picture that we are setting up and I will not tolerate a system of not being followed.  The RISK v Reward we spoke of is tipping against you.

I trust I am very clear here and happy to discuss with all and sundry when back in the office and have phone access.

We have spoken about registering this car USED Audi Q7 for UBER.  Perhaps I should have let you know I will do it today. Understand the business modelling but we currently don’t have any used cars on the list other than a Camry and a I30 that were already registered.  We have spoken at length about getting 20 cars ready irrespective of any report.  I am using the channels you provided to me and was under the impression I had the authority to request cars be registered.

My sincerest apologies that I was unclear.

Linda was just asking about it as its different.  The girls just need the CTP class added to a dropdown box.  Trying the systems out is part of the investigation.

Will Paul be arranging for my cars to be registered as well?

I need clarity on Dara and where you want me.

I am a bit a taken back by this email [sic].

Trying my best to be fluid, I don’t want to disrupt anything but this is new water and some processes are going to need to be forged which is why I thought I was hired.

A lot is changing and I apologise if it seems I am taking over, just trying to get a handle on the rental side and get it right from the start. I would have preferred you email me direct with your opinions on my performance.

Ill provide my report Monday as promised.  Given your email I have removed my title from my email and will await your discussion surrounding my future employment.

Lets put something on paper so in your absence I can refer to something surrounding my duties and responsibilities.

If you had wanted to be an employee, I would have put you on as an employee.

It seems to me, when looking at all of these circumstances, namely, the Applicant never asking about his tax, never asking for his superannuation,