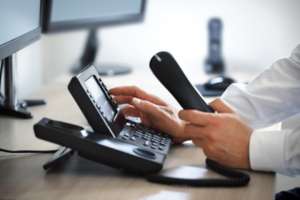 These are conducted by senior employees of the Fair Work Commission and are almost always conducted by telephone. Ordinarily 1.5 hours is allocated for the conference.

The purpose of a conciliation conference is twofold. Firstly it is a mandatory step which the parties must each take before a matter in the Fair Work Commission can be taken to a hearing on the merits. Secondly the majority of conferences settle the case and render further action unnecessary.

Although it is very rare, and is not something I have ever experienced, a party to an unfair dismissal conciliation conference is entitled to refuse to conciliate either by refusing to participate in the conference at all or by negotiating in bad faith. In contrast to the informality and non-adversarial  nature of an unfair dismissal conciliation conference,  a Commissioner or Deputy President of the Fair Work Commission who has been allocated a matter for hearing (often called “arbitration”) may conduct compulsory conferences where the level of formality and legalism ratchets up a notch or two.

Although the procedure ordinarily followed by the conciliator follows a reasonably well worn template, each conciliator is an individual with different enthusiasm and life skills.  Some are charming and friendly, some are aloof and condescending. Some are more interventionist than others and all have different sets of negotiating skills and legal knowledge. Some are very experienced and some are not. Some are bombastic and authoritarian, others are humble and laid back.  Most are a dream to deal with. (Of course I have my favourites!).

One thing though is very clear. Unfair dismissal conferences are complicated, stressful and deeply psychological events, and an investment in a tactically astute, experienced and feared representative is vital to success, and generally a very good investment.