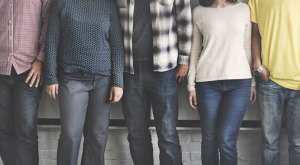 Moreover, proceedings in relation to civil penalty provisions under the FW Act are penal in nature. Allegations of contravention of the general protections provisions are inherently serious and should, as a matter of fairness, be pleaded with sufficient precision for a respondent to know the case against it. So much was made clear by the Full Court (Logan, Bromberg and Katzmann JJ) in Construction, Forestry, Mining and Energy Union v BHP Coal Pty Ltd [2015] FCAFC 25; (2015) 230 FCR 298 at [63]–[65] (emphasis added):

[63] Even so, a civil suit for the recovery of a pecuniary penalty is a proceeding of a penal nature: Naismith v McGovern [1953] HCA 59; (1953) 90 CLR 336 at 341. In this class of case, it is especially important that those accused of a contravention know with some precision the case to be made against them. Procedural fairness demands no less.Furthermore, although the civil standard of proof applies, where (as here) the resolution of an issue exposes a respondent to a penalty, satisfaction on the balance of probabilities is not achieved by “inexact proofs, indefinite testimony, or indirect inferences”:Briginshaw v Briginshaw [1938] HCA 34; (1938) 60 CLR 336 at 362. The Evidence Act 1995(Cth) now requires that the court take into account the nature of the cause of action in deciding whether it is satisfied that a party’s case has been proved on the balance of probabilities: Evidence Act 1995 (Cth), s 140(2)(a) (“Evidence Act”).

[64] Litigation is not a free for all. The overarching purpose of the civil practice and procedure provisions that apply in this Court is to facilitate the just resolution of disputes according to law and as quickly, inexpensively and efficiently as possible (Federal Court of Australia Act 1976 (Cth) (“FCA Act”), s 37M). It would not be just to decide a case on a different basis than the way it was conducted. Nor would it be just to permit an applicant to change the nature of its case after the evidence has closed and its weaknesses pointed out, at least not without a formal application and the grant of leave, on terms if necessary.

[65] The long and the short of it, then, is that, in a civil proceeding of a penal nature, a statement of claim must allege a contravention known to law and with a sufficient statement of material facts to alert a respondent to the case to be met. Nevertheless, where an applicant’s pleading is ambiguous but a respondent has nonetheless meaningfully engaged with it in its defence, that engagement and the manner in which an applicant’s case is consequentially opened and the trial conducted and defended can and ought to be considered in deciding whether a respondent has suffered any procedural unfairness. That is so even if there has been no formal application to amend the pleading. The obligations imposed on the Court and the parties by Pt VB of the FCA Act do not lead to any different conclusion.”