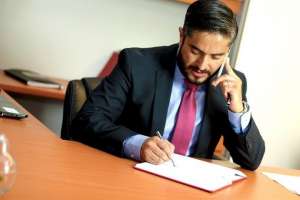 In general protections’ cases, one of the critical legal issues is whether (a) the applicant has established a coherently arguable case, sometimes wrongly termed “a prima face case” to trigger the reverse onus of proof and (b) whether the respondent (usually the employer in these cases) has discharged the reverse onus of proof. The orthodox way in which this is attempted by lawyers with the conduct of such cases, is to produce a witness to provide evidence to convince the trial judge that the prohibited reason contended for the applicant was not  a material factor in the event, usually the dismissal of an employee.

But what are the technical implications if suchga witness is neither avaiala nor called to give evidence? Here is the answer.

“In my opinion Lagardère’s failure to call Ms Pritchard in circumstances where no adequate explanation has been given for not calling her brings into play the principles Handley JA considered in Commercial Union Assurance Company of Australia Ltd v Ferrcom Pty Ltd:[51]

In my opinion the Court should not draw inferences favourable to the insured on these matters when no attempt was made to prove them by direct evidence and in particular when no relevant questions were asked of Mr Ferrarese. Rather it seems appropriate to apply the principles of Jones v Dunkel (1959) 101 CLR 298.

There appears to be no Australian authority which extends the principles of Jones v Dunkel to a case where a party fails to ask questions of a witness in chief. However I can see no reason why those principles should not apply when a party by failing to examine a witness in chief on some topic, indicates “as the most natural inference that the party fears to do so”. This fear is then “some evidence” that such examination in chief “would have exposed facts unfavourable to the party”: see Jones v Dunkel… Moreover in Ex parte Harper; Re Rosenfield [1964-5] NSWR 58 at 62, Asprey J, citing Marks v Thompson 1 NYS 2d 215 (1937) at 218, held that inferences could not be drawn in favour of a party that called a witness who could have given direct evidence when that party refrained from asking the crucial questions.

“In case a litigant fails to produce a person known to be friendly to him and to his cause, who is so situated that he must have knowledge of the facts in issue, the jury is permitted to presume that the testimony of that person would not have been favourable to the party … The existence of this rule is not disputed but it is urged that it is not applicable to this case because the daughter was produced as a witness, and that no presumption arises from the plaintiff’s failure to interrogate her, that her testimony would have been unfavourable to him. I think the rule is as applicable to a case in which a party fails to interrogate a friendly witness, so situated as to be presumed to have knowledge of the existence or non-existence of the vital facts in issue, as it is to the case of a failure to produce such a witness. Indeed I think the omission to interrogate a friendly witness in respect to facts presumably within his knowledge is more significant than the failure to call such a person as a witness, and that the presumption that the testimony would not have been favourable to the party’s case is stronger than the one which arises from the failure to produce such a person as a witness.”