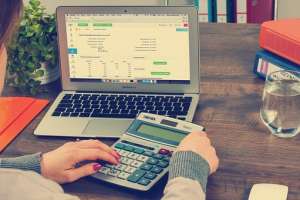 In a very rare decision of a Full Bench of the Fair Work Commission dealing with an appeal from a decision made out of a general protections’consent arbitration, the Full Bench has provided a useful confirmation of the principles to be adopted when assessing compensation for non- economic loss for such a contravention of the Act

In relation to the third ground of appeal, we do not consider that it is reasonably arguable that the Commissioner’s assessment of compensation for non-economic loss was manifestly inadequate. The evidence concerning any distress, hurt and humiliation suffered by Mr Roos and Ms Roos as a consequence of the dismissal beyond that which would normally be occasioned by dismissal was limited. Mr Roos’ witness statement described mental unwellness and a loss of confidence since his dismissal; he said that it was hurtful to “have my cultural identity undermined in this way” that it was “devastating” to have “ripped away” the sense of belonging and self-worth from working on Country, connecting with his ancestry, learning about Barada Barna lore and customs and working with other Barada Barna People and making a connection. 33Ms Roos described in her reply witness statement34 in some greater detail the comfort and satisfaction she obtained from working on and reconnecting with Country, retrieving artefacts, attending sacred places and seeing ancient paintings. She also regarded it as special that she was working with her son and that knowledge was being passed on to him. She said that she was sad after her dismissal that she and her son could no longer do cultural heritage work, hurt by the reasons for the dismissals, and that she had lost confidence and self-belief as a result. She also observed a “decline” in Mr Roos due to his loss of the means to support his children and assist his family. She characterised the dismissals as being “inextricably linked” to the cancellation of BBAC membership, which she described as humiliating, and said her concerns for Mr Roos were such that she convinced him to go to the mental health team and the Aboriginal health service in town.

There are at least four major difficulties in terms of this evidence supporting any award of compensation for non-economic loss significantly greater than the amounts awarded by the Commissioner:

(1) The non-economic benefits of working on Country which had accrued to Mr Roos and Ms Roos from their employment with Winnaa had only actually lasted for six months (with another three months’ prior employment with a different but related entity). As earlier stated, the appellants did not challenge the Commissioner’s finding that the employment would only have continued for another 20 weeks, to the end of 2016, if the dismissals had not occurred. Thus the enjoyment of working on Country would only have continued for a relatively short period and would then have been lost anyway. This necessarily placed a significant restriction on any award of compensation for non-economic loss, as the Commissioner recognised.

(2) The non-economic damage described in the evidence clearly encompassed the emotional consequences of the removal of appellants and the rest of the Kitchener Brown family group from BBAC at the 29 April 2017 meeting. Although that event arose, like the dismissals, from the dispute concerning whether the Kitchener Brown family group were Barada Barna, the 29 April 2017 meeting outcome was an independent event which likely would have occurred irrespective of the dismissals of the appellants. That means there is a lack of causal connection between the emotional consequences for the appellants of the 29 April 2017 meeting and the dismissals. We reject as not arguable the proposition that compensation may be awarded pursuant to s 369(2)(b) for losses not causally connected to the contravening dismissal.

(3) There was no evidence which demonstrated that the dismissals had the result of depriving Mr Roos and Ms Roos of any capacity to maintain a connection with the Barada Barna lands. We accept as likely however that their subsequent removal from BBAC had that consequence since it presumably removed their capacity to lawfully access those lands.

These matters, we consider, render untenable the proposition that the amount of compensation awarded by the Commissioner was manifestly inadequate.

Finally, insofar as the fourth ground of appeal is concerned, it may be accepted that the Commissioner mischaracterised the outcome of the Federal Court Full Court decision in Richardson. 35 As Winnaa submitted, the Full Court in that matter quashed the first instance award of $18,000 for non-economic loss, and made an award of $130,000 in substitution. However, in accordance with the principles earlier stated, not every error will justify the grant of permission to appeal in the public interest. The amount of compensation in Richardson was determined by reference to the particular facts pertaining to the contraventions which were found to have occurred in that case. The factors which the Commissioner regarded as operating to confine any award of compensation for non-economic loss in the matters before him were applicable independent of anything stated in Richardson, so that we do not consider that the error identified by the appellants had any effect on the outcome. For that reason, it would not be in the public interest to grant permission to appeal in respect of the fourth ground of appeal.

We consider however that the grant of permission to appeal in relation to the first ground of appeal would be in the public interest. For the reasons which follow, we consider that the Commissioner’s approach in deducting 25% for contingencies was attended by appealable error, that this error caused an injustice to the appellants and raises questions of broader principle.”