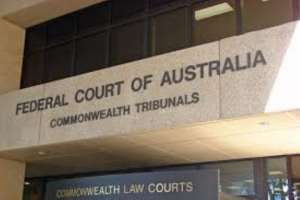 Unlike unfair dismissal, a breach of the general protections of the Fair Work Act constitutes a contravention of the law, for which a relevant court may order compensation AND impose penalties. Here are the principles.

“The principles in determining relief

The principles relevant to parties jointly seeking the making of orders by the Court in the context of a penalty and civil remedy regime were not seriously in issue between the parties.  They were summarised by Gordon J in Australian Competition and Consumer Commission v Coles Supermarkets Australia Pty Ltd [2014] FCA 1405:

[70]        The applicable principles are well established.  First, there is a well-recognised public interest in the settlement of cases under the Act:  NW Frozen Foods Pty Ltd v Australian Competition & Consumer Commission (1996) 71 FCR 285 at 291. Second, the orders proposed by agreement of the parties must be not contrary to the public interest and at least consistent with it: Australian Competition & Consumer Commission v Real Estate Institute of Western Australia Inc (1999) 161 ALR 79 at [18].

[71]         Third, when deciding whether to make orders that are consented to by the parties, the Court must be satisfied that it has the power to make the orders proposed and that the orders are appropriate:  Real Estate Institute at [17] and [20] and Australian Competition & Consumer Commission v Virgin Mobile Australia Pty Ltd (No 2) [2002] FCA 1548 at [1]. Parties cannot by consent confer power to make orders that the Court otherwise lacks the power to make: Thomson Australian Holdings Pty Ltd v Trade Practices Commission (1981) 148 CLR 150 at 163.

[73]         Finally, in deciding whether agreed orders conform with legal principle, the Court is entitled to treat the consent of Coles as an admission of all facts necessary or appropriate to the granting of the relief sought against it:  Thomson Australian Holdings at 164.

Such principles have more general application than under the consumer protection legislation considered in ACCC v Coles, and are apposite in the context of the FW Act: see generally Commonwealth of Australia v Director, Fair Work Building Industry Inspectorate [2015] HCA 46; (2015) 258 CLR 482 at [58], [103].

In any event, this is not a case where the parties have agreed all aspects of the proposed civil remedies or have made common recommendations.

Factors that might be relevant to the exercise of the court’s discretion in assessing what penalty should be imposed are well known and set out elsewhere:  see Director of Fair Work Building Industry Inspectorate v Construction, Forestry, Mining and Energy Union [2015] FCA 1213 at [11]‑[23] (Tracey J) and the cases cited therein.”