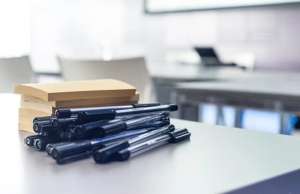 The Fair Work Act provides inter alia that a person who is an employee has a workplace right if the person is able to make a complaint or inquiry in relation to his or her employment; see sub-sec 341(1)(c). The following passage from a recent decision of the Federal Court of Australia explains what this means.

In order that the making of a complaint or inquiry might amount to the exercise of a workplace right of the sort to which s 341(1)(c)(ii) of the FW Act refers, it must pertain, as a matter of substance, to its maker’s employment. That being so, it is necessary to consider whether either or both of the [complaints that were made in that case] were of that nature: that is, were they complaints or inquiries that pertained to Mr King’s employment?

That requires analysis at two levels:  first, did each of the [relevant complaints] qualify as a “complaint or inquiry”; and, second, did each arise “in relation to [Mr King’s] employment”?

– phr 4.  make inquiry (or inquiries), to request information: to make inquiries at the office.

A “complaint”, then, is a communication that states a grievance or that otherwise asserts the existence of a state of affairs that its maker alleges is unsatisfactory, undesirable or unacceptable:  see, in that vein, Hill v Compass Ten Pty Ltd (2012) 205 FCR 94 (Cowdroy J). In Shea v TRUenergy Services Pty Ltd (No 6) (2014) 314 ALR 346…this court had occasion to consider what might qualify as a “complaint” for the purposes of s 341(1)(c)(ii) of the FW Act. Dodds-Streeton J there observed (at 353-354 [29]) that:

(a)  a complaint is a communication which, whether expressly or implicitly, as a matter of substance, irrespective of the words used, conveys a grievance, a finding of fault or accusation;

(b)  the grievance, finding of fault or accusation must be genuinely held or considered valid by the complainant;

(c)  the grievance, finding of fault or accusation need not be substantiated, proved or ultimately established, but the exercise of the workplace right constituted by the making of the complaint must be in good faith and for a proper purpose; [and]

(d) the proper purpose of making a complaint is giving notification of the grievance, accusation or finding of fault so that it may be, at least, received and, where appropriate, investigated or redressed. If a grievance or accusation is communicated in order to achieve some extraneous purpose unrelated to its notification, investigation or redress, it is not a complaint made in good faith for a proper purpose and is not within the ambit of s 341(1)(c)(ii)…

I respectfully adopt her Honour’s reasoning.  I note that the second of the four propositions to which her Honour adverted in the passage above was the subject of some consideration on appeal:  see Shea v EnergyAustralia Services Pty Ltd (2014) 242 IR 159, 163 [12] (Rares, Flick and Jagot JJ). Whilst the full court did not appear to adopt Dodds-Streeton’s J implication of good faith, they did not reject it and the appeal was decided on other issues: see, on that score, The Environmental Group Ltd v Bowd [2019] FCA 951, [144] (Steward J)…

Whether a complaint or inquiry qualifies as a complaint or inquiry made “in relation to…employment” depends upon the subject matter that is sought to be agitated.  It is not necessary that a complaint be directly related to its maker’s employment:  Construction, Forestry, Mining and Energy Union v Pilbara Iron Company (Services) Pty Ltd (No 3) [2012] FCA 697, [64] (Katzmann J); Shea, [631] (Dodds-Streeton J).  In Walsh v Greater Metropolitan Cemeteries Trust (No 2) (2014) 243 IR 468, 476 [42] (Bromberg J), this court determined that the connection between a complaint and employment would likely exist in circumstances “[w]here the subject matter of the complaint raises an issue with potential implications for the complainant’s employment”.

…in the case of a CEO, the complaint must be one directed at or concerned with that person’s employment in a substantive way.  In that respect, observing the required nexus may be direct or indirect, may not greatly assist.  It must, as a matter of substance, be about that CEO’s employment.

3.3.3  The exercise of workplace rights

An employee is “able to complain” to his or her employer within s 341(1)(c)(ii) of the FW Act concerning the employer’s alleged breach of the contract of employment. The source of that ability is the general law governing contracts of employment. Further, an employee is “able to complain” to the employer or to a relevant authority of their employer’s alleged contravention of a statutory provision relating to the employment. That ability derives from at least the statutory provision alleged to have been contravened. The statute need not expressly or directly confer a right to bring proceedings or to complain to an authority. As Dodds-Streeton J held in Shea at [29], the complaint must be made genuinely, in good faith and for a proper purpose.

The variety of circumstances arising in employment law cases is notoriously wide. Nothing we have said is intended to foreclose argument as to other circumstances that may give rise to an ability to make a complaint. Nor is it intended to foreclose argument about any limitation as to whom a complaint may be made for the purposes of s 341(1)(c)(ii) of the FW Act.

For a person to be “able” to make an inquiry, that capacity must be anchored in a legal entitlement of some kind, whether it be statute, contract law, the common law of Australia, or some other instrument or thing that confers legal rights, in the sense described by Rangiah and Charlesworth JJ. in [PIA].