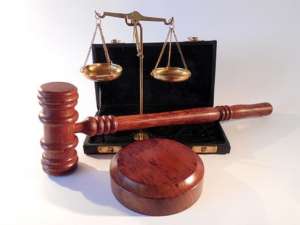 Here is an extract from a recent classic general protections case in the Federal Court of Australia.

“Before me are two proceedings. In one, Mr Peter Bowd sues his former employer, The Environmental Group Ltd (“EG”), and its then managing director, Mr Ellis Richardson, contending that there were contraventions of ss 340 and 352 of the Fair Work Act 2009 (Cth) (the “FW Act”) and Pt 9.4AAA of the Corporations Act 2001 (Cth) (the “CA”). He seeks damages and the imposition of the maximum penalty. In the other proceeding, EG and two of its subsidiaries, namely Baltec IES Pty Ltd (“Baltec”) and Total Air Pollution Control Pty Ltd (“TAPC”), sue Mr Bowd for breach of contract, detinue and breach of copyright in relation to confidential information and property retained by Mr Bowd following his dismissal by EG. Both proceedings are the product of a breakdown in the relationship between the board and Mr Bowd who had been the Chief Executive Officer (“CEO”) of EG. That breakdown was severe. It left both the board of EG and Mr Bowd damaged. Reflecting this state of affairs, the parties in both proceedings filed statements of facts in dispute; there were 32 disputed facts…………………………

Was adverse action taken “because” of the exercise of a workplace right?

I have found that Mr Bowd relevantly exercised one “workplace right”, namely the taking of sick leave. I have also found that the acts of suspending and dismissing the Bowd were adverse actions as defined. The next issue for determination is thus whether Mr Bowd was dismissed and/or suspended “because” he took that leave for the purposes of s 340 of the FW Act.

(a)          that, by reason of s 360 of the FW Act, it was sufficient that I be satisfied that one of the reasons for either suspending or dismissing him was the taking of sick leave. Section 360provides:

For the purposes of this Part, a person takes action for a particular reason if the reasons for the action include that reason.

(b)          that, because of s 361, it was, practically, for EG to prove that the taking of sick leave was not one of the reasons for Mr Bowd’s suspension or dismissal.

Otherwise, the parties agreed that the applicable meaning of the term “because” in s 340 connoted the existence of a particular reason, being an operative and immediate reason, for taking adverse action: Board of Bendigo Regional Institute of Technical and Further Education v Barclay (2012) 248 CLR 500; Construction, Forestry, Mining and Energy Union v BHP Coal Pty Ltd (2014) 253 CLR 243.

We are here dealing, of course, not with s 346, but with s 340, of the FW Act. But the formula which the legislature has chosen to define the relationship between the adverse action and the factual circumstance involving the employee against whom the action was taken is the same in each instance. The law as I have identified it above is to be applied under s 340 no less than under s 346. The contrary was not submitted by either party in the present case.

For the reasons given by Jessup J in Endeavour Coal, the foregoing observation of Gageler J applies equally to s 340.

The distinction drawn by Gageler J is potentially important to the resolution of the issue concerning the decision-maker’s reasons in this matter.  BHP Coalconcerned an alleged contravention s 346 of the Fair Work Act. While it might be thought to be a very fine and highly nuanced distinction, if Gageler J’s distinction is applied to s 340 of the Fair Work Act, it would follow that the protection afforded by s 340 is not protection against adverse action by reason that an employee had, or exercised, a right that happened to have the character of a workplace right. It is a protection against adverse action being taken by reason of the fact that the right possessed by the employee had the character of a workplace right.

Based on the foregoing authorities, the issue is whether EG has satisfied me that none of the reasons for suspension or dismissal included the taking of sick leave by Mr Bowd.  In each case, that invites a determination of the actual reasons for why the board of EG suspended and/or dismissed Mr Bowd.  In that respect, I am satisfied that all three members of the board, each of whom gave evidence and was cross-examined, collectively controlled EG so that the Court’s function is the ascertainment of that collective will in relation to the two adverse actions taken against Mr Bowd: Federal Commissioner of Taxation v Whitfords Beach Pty Ltd (1982) 150 CLR 355 at 370 per Gibbs CJ. In that respect, and at least in relation to each adverse action, I am not satisfied that Mr Richardson played a more dominant role, or that I should give greater weight to his reasons for acting. Nor is this a case where one must ascertain a majority view. All three directors acted in concert in making the decision to suspend and then dismiss Mr Bowd.

In relation to the decision to suspend Mr Bowd, I am satisfied that EG has demonstrated that the taking of sick leave was not one of the reasons for Mr Bowd’s suspension.  The genesis of the decision to suspend Mr Bowd was the board deciding on 21 January 2017 that Mr Bowd needed to take a short-term leave of absence.  The reasons for that decision were that the board wanted to repair the position at Baltec and assist Mr Bowd in his recovery from ill health.  Leave of absence was intended to allow the board to focus on assessing the damage within Baltec.  These reasons are consistent with the draft email circulated at the time by Mr Richardson to his fellow board members on 24 January 2017, and the comments made with respect to that draft email by Ms Richardson and Mr Cartney.  At that stage, Mr Bowd had not communicated to the board his own need for leave.  That occurred, I infer, on 25 January 2017.  The decision to formally suspend Mr Bowd was then taken on 30 January 2017.  It followed the weekend meeting at the offices at Baltec and Mr and Ms Richardson discovering for the first time that a complaint had been made to ASIC.  The letter informing Mr Bowd of his suspension does not refer in any way to him taking personal leave.  Rather, it states that the reason for his suspension was because “[a] number of matters have recently come to the attention of the Board concerning your performance as CEO”.  In my view, that was an accurate statement.

I am quite satisfied that the taking of leave was not a reason for Mr Bowd’s dismissal.  Each director knew that Mr Bowd had problems with his kidney.  Each director was concerned with his health, and wanted him to take time off.  The draft letter Mr Richardson composed on 23 to 24 January 2017 confirms that.  In the letter dated 14 February 2017 sent to Mr Bowd’s solicitors, the issue of leave was not raised.  There is no contemporaneous evidence before me that shows that the taking of leave was a reason for dismissal.  I also have no reason to doubt the answers given by Mr Richardson, Ms Richardson and Mr Cartney in cross-examination, save in one respect.

My acceptance of the evidence of each director of EG is supported by the significant amount of contemporaneous evidence concerning Mr Bowd’s leadership at Baltec.  It was a disaster for the EG group.  Key employees had resigned, or were threatening to resign.  The minutes of the leadership meeting held on 24 January 2017 (and not written by any board member) well describes the damage done to Baltec’s business by Mr Bowd.  The taking of leave, in contrast, was a minor matter.  I infer it was of no moment in the decision-making process to dismiss Mr Bowd.  The key factor was to save the Baltec business.

I am satisfied that the principal actual reason for Mr Bowd’s dismissal was his overall poor performance. But I find it improbable that this was the only reason for his dismissal. Mr Bowd had committed a singular act for a new CEO of a listed company. Without the knowledge and consent of his board, he had made a complaint, comprising very serious allegations, to ASIC and the police. He had done so without waiting for either the commencement or completion of the external audit into the concerns he held about Baltec’s expenses. He had also expressly invoked the whistleblower provisions of the CA. In my view, such extraordinary actions must have played a significant role in the board’s decision that it could not continue to work with Mr Bowd. In my view, in the circumstances of this case, that is entirely understandable. However, that conclusion does not assist Mr Bowd. That is because, for the reasons I have given, the making of the ASIC complaint was not an exercise of a workplace right.

For these reasons, Mr Bowd’s claims under s 340 of the FW Act are dismissed.

It also follows that Mr Bowd’s claims made in relation to s 352 of the FW Act are also dismissed. Mr Bowd was not dismissed because he was temporarily absent from work because of illness.”