Gardening leave; is it lawful? 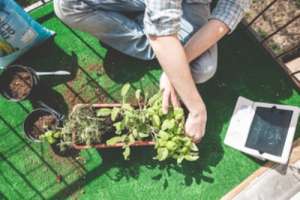 Gardening leave; when is it lawful?

There is some controversy about the circumstances in which an employer is entitled to instruct an employee to undertake a period of gardening leave. Is an employer entitled to do so against the wishes of an employee?  In Grace Worldwide (Australia) Pty Limited v Steve Alves [2017] NSWSC 1296 the question before the Supreme Court of New South Wales was whether the employer had the lawful right to instruct an employee who had provided three months’ notice of termination of employment to join a competitor to not present for work. The employee claimed that in the absence of a term in his employment contract, oral or written or implied, to the effect that the employer could do so, the employer’s conduct constituted the repudiation of the contract of employment.

The Court ruled in favour of the employer, finding the employer had an implied right to direct the employee to take a period of gardening leave because implying the term was “reasonable and equitable and necessary to give business efficacy to an employment contract so as to avoid contact between an employee and a competitor”.