Freedom of expression at work Part 1 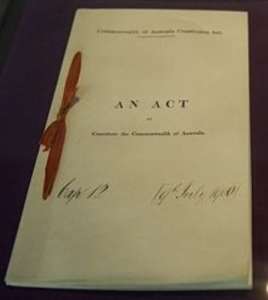 Is freedom of expression alive and well in Australian fair work law? Part 1

I recently read an article published on line by an employment lawyer who argued that there is no fundamental common law or constitutional law principle in Australia which guarantees freedom of expression, even of freedom of political expression. Whilst this may be so in the context that there is no principle which confers private rights on individuals of this kind, it is wrong on a wider level because the High Court has repeatedly held that as a matter of constitutional law, there is an implied fetter upon all Australian parliaments which prevents them from passing laws which have the effect of restraining free expression and political expression.

The precise nature of the implied freedom of political communication remained uncertain following these two cases. Chief Justice Mason described the implied freedom as a ‘freedom of communication in relation to public affairs and political discussion’.  Justice Brennan referred to the ‘freedom of the Australian people to discuss governments and political matters’.  Justices Deane and Toohey considered that ‘the Constitution’s implication of freedom of communication extends to all political matters, including matters relating to other levels of government within the national system’.  Justice McHugh offered a narrower interpretation of the implied freedom, which focused closely on the requirements of specific sections of the Constitution. He argued that the ‘people have a constitutional right to convey and receive opinions, arguments and information concerning matter intended or likely to affect voting in an election for the Senate or the House of Representatives’.

In Lange v Australian Broadcasting Corporation (1997) 189 CLR 520 the High Court unanimously asserted that the implied freedom of political communication does not confer any personal rights to freedom of speech, but operates as a constraint of legislative and executive power. The Court held that:

In APLA Ltd v Legal Services Commissioner (NSW) (2005) 224 CLR 322, Gleeson CJ and Heydon J re-emphasised  that the freedom was not a general freedom of communication of the kind protected by the United States Constitution.

‘signs, symbols, gestures and images are perceived by all and used by many to communicate information, ideas and opinions. Indeed, in an appropriate context any form of expressive conduct is capable of communicating a political or government message to those who witness it’ : Levy v Victoria (1997) 189 CLR 579: Brennan J at 595; Justice McHugh at footnote 109; Brennan CJ at 594; Kirby J at 638–41.

In Unions NSW v New South Wales provisions of NSW law which prohibited persons or organisations other than enrolled electors from making donations in support of electoral campaigns were held to invalidly restrict the implied freedom of political communication. The Court confirmed that:

Accordingly the scene has been set to address the implications of these principles to fair work laws in Australia, and in particular the impact upon an employee’s rights to make and publish expressions of opinion which might impact upon his or her job security.