Free speech in the workplace 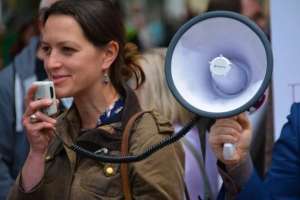 In Comcare v Michaela Banerji [2019] HCA 23 the High Court of Australia in a workers’ compensation case held that the implied constitutional right of freedom of political communication, which is often used by the Australian media to protect its members from defamation verdicts, is not a personal right to free speech, but rather a limit on the powers of the legislature. The High Court re-affirmed a number of defamation cases to the effect that the Australian constitution impliedly requires this freedom of communication in the political context so that both legislative and executive branches of government can be held accountable to the Australian people.

In the Banerji case, the issue was whether or not the dismissal of an Australian government employee for criticizing her employer and its policies could be used to justify a termination of employment on the ground that the criticism contravened the employer’s code of conduct  which forbade conduct by employees which was other than apolitical, impartial and professional.

The issue from a workers’ compensation perspective was whether the code applied an unjustified burden on Ms Banerji’s right to freedom of political expression, in which case the case for Ms Banerji was that the employer’s conduct in dismissing her for breaching its policies was unlawful. However the High Court accepted that the dismissal could be categorised as “reasonable administrative action” under the relevant Act, thus constituting a statutory bar to a claim for workers compensation.