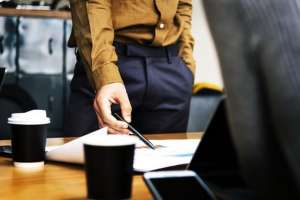 It is a melancholy fact that I have been involved in employment and fair work law practice for many years, and it is nowadays reasonably rare for me to stumble  across a new piece of jargon. However, as the following extract from a recent decision of the Fair Work reveals, I still have things to learn, in this case the concept of “foreign orders”.

There are a number of key components of detail regarding the performance of “foreign orders” which are relevant to whether the particular conduct associated with the performance of the specific “foreign order” did or did not represent misconduct. Most employers generally accept and tolerate that from time to time there will be some utilisation of the employer’s resources for the personal benefit of employees. There would be many instances where employer provided stationery, telephones, computer equipment, et cetera, would be utilised by employees for personal use without concern or complaint raised by the employer. As an extreme example, an employer would not complain that an employee who had been provided with a ballpoint pen used some of the ink in that pen to write out a personal shopping list.

However, in circumstances that involve other than the incidental or innocuous use of the employer’s resources or equipment for personal purposes, particular key components of the performance of the “foreign order” become crucial as to whether the activity could be properly characterised as misconduct.

The Key Components of Foreign Orders

Firstly, and perhaps most obviously, the issue of whether the employee sought and first obtained the employer’s approval for the “foreign order” would likely remove the prospect for any misconduct to arise. However, clarification of the detail of the particular activity associated with the “foreign order” for which approval was putatively provided can be very important. For instance, in the example used above involving the concrete mixer, the employer may have provided approval on the understanding that the concrete mixer would be utilised only on weekends for personal purposes and available for use devoted to the employer’s interests at all other times.

Further, particular conduct involving a “foreign order” may be acceptable to an employer in one circumstance but that same conduct may not be acceptable in different circumstances. For instance, an employer may have approved use of its photo copying machine for an employee who requested to make 500 A4 copies of flyers that advertised a fundraising event for a local not-for-profit kindergarten. Another employee who wished to use the same photo copying machine to make 500 A4 copies of flyers that advertised his secondary pet washing business could not automatically anticipate approval from the employer.

Consequently, the first key component in any assessment of activity undertaken as a “foreign order” is clarification of whether or not the employer had provided approval for the conduct. Importantly, an employee should be very cautious about assuming that approval had been provided by way of an inference gained from evidence of apparently similar conduct which was approved.

A second key component of detail regarding any “foreign order” involves whether at the time that the activity was undertaken the employee was being paid. In the concrete mixer example referred to above the utilisation of the employer’s resources did not involve activity undertaken during paid work time. In many instances an employer may be unconcerned if the utilisation of its resources for personal benefit of an employee occurs in the employee’s own time, perhaps before or after any rostered paid engagement, or on weekends, leave, et cetera.

Thirdly, the nature and extent of the utilisation of the employer’s materials and/or equipment is a key component of detail relevant to whether a particular “foreign order” may be misconduct. An employer may tolerate the occasional personal use of its resources but in the event that the level of personal use became excessive or that the costs to the employer associated with the activity escalated, the employer might properly determine that the activity represented misconduct.

Fourthly, any health and safety implications that arise in respect to the particular “foreign order” is another key component in consideration of whether the activity may be considered to represent misconduct. It is conceivable that in circumstances where two employees undertook the same activities associated with a “foreign order” but one employee adopted some unsafe work practice, the unsafe aspect of the performance of the same “foreign order” may establish misconduct, notwithstanding that all other key components had been satisfied.

Consequently, the employer’s findings of serious misconduct arising from the applicant’s performance of a “foreign order” on 11 July 2017, and his subsequent conduct including providing dishonest answers during the investigation into the incident, have been verified. Further, the applicant breached both a stated and implied employment obligation when he obtained secondary employment without seeking approval of the employer.