Fighting in the workplace; zero tolerance 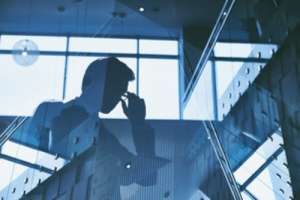 It is reasonably trite to say it, but the Fair Work Commission has adopted a zero tolerance approach to employees fighting at work. Or almost!

“In the Full Bench decision of Tenix Defence Systems Pty Ltd v K Fearnley 47 (Tenix) observations were made regarding the approach taken by industrial tribunals when fighting or an assault had been established. The Full Bench considered AWU-FIME Amalgamated Union v Queensland Alumina Limited48 (AWU-FIME Case) where it was said by Moore J:

What emerges from these decisions is that whether a dismissal or termination arising from a fight in the workplace is harsh, unjust or unreasonable will depend very much on the circumstances. However, generally, the attitude of industrial tribunals tends to be that in the absence of extenuating circumstances, a dismissal for fighting will not be viewed as harsh, unjust or unreasonable. The extenuating circumstances may, and often do, concern the circumstances in which the fight occurred as well as other considerations such as length of services of the employee, including their work record, and whether he or she was in a supervisory position. As to the circumstances of the fight relevant considerations include whether the dismissed employee was provoked and whether he or she was acting in self-defence 49.

Having considered T.M. Giuffrida and Mobil Oil 50, Torbet v Commissioner for Public Employment51, the AWU-FIME Case and Qantas Airways Limited v Cornwall52, the Full Bench concluded the Commission should have regard to all of the circumstances in which the fight occurred to determine whether there was a valid reason for dismissal.

These circumstances included, but were not limited to:

This approach was similarly adopted in the decision of Jetstar Services Pty Ltd v L Ishak 54 (Jetstar) where at a rehearing of the matter the Full Bench said it would have regard to all of the circumstances in which the altercation occurred including in assessing the conduct of the party.

Counsel for the Applicant referred the Commission to the decision in Peter Bridges v McCain Foods (Aust) Pty Ltd 55 (Bridges). In Bridges, Ryan Cmr noted that Tenix had been applied in Jetstar but that the Full Bench had adopted a different approach in Australia Postal Corporation, based upon the difference between the Act and earlier legislation applicable at the time of earlier decisions56.

Often it will not make any difference to the ultimate outcome whether a particular circumstance is considered pursuant to s.387(a) in determining whether there is a valid reason, or as a relevant matter pursuant to s.387(h), leading to the ultimate determination of whether the dismissal was “harsh, unjust or unreasonable”. However, in some cases it may matter greatly.

The Applicant sought to have the Commission consider matters under ss.387(a) of the Act which were, in the view of Ryan Cmr, relevant matters that were more properly considered under ss.387(h) of the Act. The Respondent similarly had made submissions about societal expectations concerning violence that Ryan Cmr considered relevant under ss.387(h) rather than (a).

The situation in Bridges differed to the current matter. Prior to the unfair dismissal application, the Commission had issued a Findings of Fact to the parties; both of whom were involved in a dispute under an industrial instrument. It was within that context that Ryan Cmr stated:

I see no reason to depart from the established line of authority arising from Tenix. It has been aptly observed that what is required is to have regard to all of the circumstances in which the altercation occurred when considering whether there is a valid reason for dismissal 60. There is nothing controversial with regard to that.

Counsel for the Applicant submitted that it was accepted jurisprudence that in the absence of extenuating circumstances if two people have had a blue, then they are going to be dismissed and there is no doubt at all that that would be a fair dismissal 61. Counsel for the Respondent similarly submitted that absent extenuating circumstances physical violence and fighting and the like, call it what you want, all justify termination62.

Both Counsels submitted that Tenix remained good authority. I am satisfied that I should have regard to the extenuating circumstances of the incident when considering whether there was a valid reason for dismissal.”