For today’s Australian workplaces, the Fair Work Act provides protections for both employers and employees. For many years I have represented both employees and employers regarding all aspects of fair work, employment, termination and workplace rights.

The expression “fair work” is one of those concepts which appears to have been with us for generations, but in reality it is a relatively new legal descriptor. The Fair Work Act 2009 was the first legislation to introduce the term to the Australian vernacular. That Act was brought in by the Rudd Labor government and steered into law by then Minster Gillard. It replaced the famous, or, depending upon your personal view, the infamous, WorkChoices legislation, thought by many to have ultimately been the downfall of the Howard Liberal government. The Fair Work Act completely re-wrote the employment law handbooks, and replaced the expression “industrial relations” which had been the name for the system essentially since federation.

The termination of the employment by an employer of an employee is often a significant risk to the employer’s business and usually a dreadful event for the employee. Australia is a modern and wealthy nation and its history has included powerful influence from organizations which have been born and have existed for the purpose of protecting the rights of employees. Although the power of these organizations has waxed and waned over the decades, they have since before Federation exercised very considerable political power, as their role in the Australian Labor Party makes clear.

Accordingly, Australia has a very sophisticated framework of regulated industrial relations and at both State and National levels there are systems with many protections for the security of employment for employees; and useful guidance for employers. 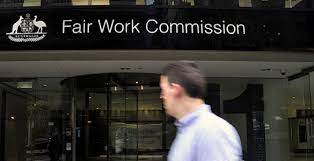 The sympathy one will have for whether or not this is a fair and balanced system, whether or not it has lead to satisfactory national productivity and whether or not it is reflective of a just and modern nation will very much depend upon the individual political views of the person pondering the question.

For example most small employers regard the system as stacked against them whereas many employees regard the arbitrary imposition of a remuneration threshold to unfair dismissal cases as ridiculous.

However, whatever one might think of such philosophical debates, almost all Australians, whether managers or the hardest working blue collar workers hold their job security very dear and accordingly there is much unanimity in the community to the effect that there should be equity and fairness in the way in which employment may be brought to an end.

This is why the subject of equity and decency in termination of employment is profound and touches most of us at some stage.