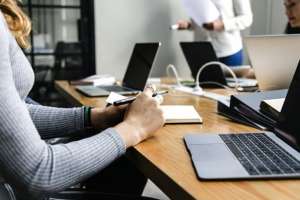 As most people know, it is a complete jurisdictional defence for an employer in an unfair dismissal case to be able to satisfy the requirements that the termination of employment arouse due to a genuine redundancy. One of the critical elements in satisfying whether the termination of employment in those circumstances is a genuine redundancy is a determination of whether or not the employer complied with the consultation provisions of any applicable modern award or enterprise agreement. But this can be difficult as the extract from this unfair dismissal case reveals.

“Ms Webb referred to the case of AMWU v Berri (Berri), 67 in which the Full Bench of the Commission set out a series of principles for construing a single enterprise agreement, as follows:

“[114] The principles relevant to the task of construing a single enterprise agreement may be summarised as follows:

(i) the text of the agreement viewed as a whole;

(ii) the disputed provision’s place and arrangement in the agreement;

(iii) the legislative context under which the agreement was made and in which it operates.

(i) evidence of prior negotiations to the extent that the negotiations tend to establish objective background facts known to all parties and the subject matter of the agreement;
(ii) notorious facts of which knowledge is to be presumed; and
(iii) evidence of matters in common contemplation and constituting a common assumption.