Fair Work Ombudsman; who will investigate it? 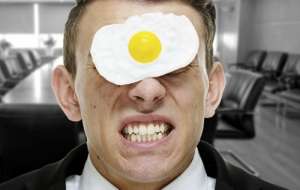 What does the Fair Work Ombudsman’s office do with the millions of dollars in funding it obtains from the Federal Government?

The FWO is a federal government agency which was supposedly set up to assist Australian workers recover their statutory (by which I mean Fair Work Act, NES, modern award and enterprise agreement) and to generally enforce the legislation.

Many of us who are practitioners in the fair work system, regard the FWO office as ineffective and a waste of money and in my opinion it is at best a joke and at worst a disgrace. Time and time again I refer people who have not been paid their entitlements to the FWO for assistance. Almost always they report back that the FWO will not help because the employer will not voluntarily participate in mediation. Only yesterday it was reported to me by a client that despite being owed $80,000 in wages, the FWO has declined to represent her in recovering here entitlements because the employer, a two dollar company which has been put on the shelf by its owner, will not participate in mediation. Duh!

An analogy is the ATP declining to recover tax because it cannot be bothered.

I have urged my client to engage with her federal member of parliament and have the FWO be required to justify its shameful stance, now its standard position apparently, in Parliament.

On the other hand the FWO is quick to pursue any case in which it might cover itself in the glory of publicity and which might interest the press. Remember 7 Eleven?

Furthermore, the FWO does not appear to have any common sense. In a terribly embarrassing Federal Court judgment delivered yesterday in Perth, it suffered the ultimate ignominy of having a prosecution for an alleged breach of the general protections struck out as ridiculous (the judge observed that the FWO should have known that its claim had “no real prospects of success”) and was ordered to pay indemnity costs. Yes indemnity costs. That is an order that the FWO pay the actual rather than the reasonable costs of the employer incurred in defending itself. These orders are almost unheard of in industrial relations.

This is part of what Justice Gilmour’s decision.

“The respondents, at the hearing, sought costs on an indemnity basis. The FWO conceded in argument that, in the circumstances of this case, if the respondents were successful in their summary judgment application then they should have their costs.

Neither the FWO nor the respondents took the Court to s 570 of the FW Act although, no doubt, the parties would have had the requirements of this section in mind.

Under s 570(1) of the FW Act, a party to proceedings in relation to a matter arising under the FW Act may be ordered to pay costs incurred by another party only if the requirements of s 570(2) are satisfied, namely whether the Court is satisfied:

(a)          that the party instituted the proceedings vexatiously or without reasonable cause; or

(b)          that the party’s unreasonable act or omission caused the other party to incur the costs; or

(i)          the party unreasonably refused to participate in a matter before the FWC;

In Council of Kangan Batman Institute of Technology and Further Education v AIRC (2006) 156 FCR 275, at [60] the Full Court said in relation to similar requirements in predecessor legislation to the FW Act, the Workplace Relations Act 1996 (Cth):

… A party does not institute proceedings without reasonable cause merely because that party fails in the argument put to the Court: R v Moore; Ex parte Federated Miscellaneous Workers’ Union of Australia (1978) 140 CLR 470 per Gibbs J at 473. The section reflects a policy of protecting a party instituting proceedings from liability for costs, but that protection may be lost. Although costs will rarely be awarded under the section and exceptional circumstances are required to justify the making of such an order (see Heidt v Chrysler Australia Ltd(1976) 26 FLR 257; 13 ALR 365 per Northrop J), a proceeding will be instituted without reasonable cause if it has no real prospects of success, or was doomed to failure: see Kanan v Australian Postal and Telecommunications Union (1992) 43 IR 257 per Wilcox J; see also Bostik (Australia) Pty Ltd v Gorgevski (No 2) (1992) 36 FCR 439; and Nilsen v Loyal Orange Trust (1997) 76 IR 180.

I accept the respondents’ submission, made at the hearing, that it should have been apparent to the FWO, particularly because of the content of the 20 July email, that this claim had no real prospects of success from the outset and that it must fail. I make the finding that the proceedings were therefore instituted by the FWO without reasonable cause, for the purposes of ss 570(1) and (2)(a).

It follows that, in my view, an order for costs should be made against the FWO. It must then be considered whether the costs awarded should be awarded on an indemnity basis.

Ordinarily, under s 43(2) of the FCA Act, the Court will dispose of costs of a proceeding upon its discretion and, under s 43(3)(g), the costs may be ordered to be assessed on an indemnity basis. The Court’s discretion to award costs must be exercised judicially: Ruddock v Vadarlis (No 2) [2001] FCA 1865. Further, the Court must take account of any failure by a party to comply with its obligation to conduct the proceeding in a way that is consistent with the overarching purpose to facilitate the just resolution of disputes according to law as quickly, inexpensively and efficiently as possible: FCA Act ss 37N(4) and 37M(1).

The question in an ordinary case would be whether the facts and circumstances of a particular case justify the making of an order for the payment of costs other than on a party and party basis. The categories of case in which indemnity costs may be ordered are not closed. It is accepted that indemnity costs may be awarded where ‘the applicant, properly advised, should have known that he had no chance of success’: Fountain Selected Meats (Sales) Pty Ltd v International Produce Merchants Pty Ltd (1988) 81 ALR 397 at 401.

As I have stated earlier, I find that the FWO made the application when it should have known that there were no real prospects of success. The claim of constructive dismissal should not have been brought and the respondents should have their costs of their interlocutory application on an indemnity basis, as well as the costs associated with the issue of the alleged constructive dismissal of Ms Aragon. The costs should be paid forthwith, once agreed or taxed if not agreed, rather than at the conclusion of the principal proceeding, which is yet to be listed for trial.”