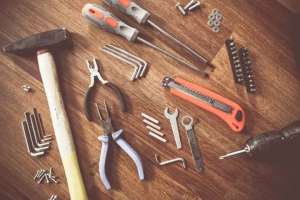 Here is an extract from a Federal Court judgement which sets out the legal principles which apply when determining whether a particular modern award applies to particular employment.

“Historically, the question whether a particular award classification is appropriate and thus applicable to the work performed by an employee has been resolved by the application of the principle of “major and substantial employment”.

[38]         More recently, in Logan v Otis Elevator Company Pty Ltd [1997] IRCA 200 at 68-73 (Logan v Otis Elevator) Moore J collected and discussed many of the plethora of cases in which courts or the industrial commission have had to confront the phenomenon of an employee whose position required the undertaking of multiple duties only some of which were mentioned in a particular classification in an industrial instrument or, as the case may be, were disparately stated in different industrial instruments. Like Moore J in that case, I consider that a judgement given by Sheldon J in Ware v O’Donnell Griffin (Television Services) Pty Ltd [1971] AR (NSW) 18 offers assistance. Also like Moore J, I do not consider that the observations made by Sheldon J are to be confined just to a case where it is necessary to choose as between which of two industrial instruments applies to particular employment. That circumstance merely provided the context in which observations of pervasive relevance came to be made by Sheldon J. What Sheldon J observed was this (as set out in Logan v Otis Elevator at 68):

It seems to me that this is clearly a case to which this principle is applicable. This principle is almost as old as industrial arbitration and it makes a practical approach to determining the application of awards where duties are of a mixed character and contain elements which have taken alone would be covered by more than one award. This is not an appropriate occasion on which to discuss the method by which this test should be applied except to say that it is not merely a matter of quantifying the time spent on the various elements of work performed by a complainant; the quality of the different types of work done is also a relevant consideration.

[39]         A pithy way of putting the same proposition is that both quality and quantity are relevant when it comes to employee classification, subject always to the language employed in the particular industrial instrument.

Although this interpretive principal is often applied to determine which of two competing classifications in two competing awards is the appropriate or applicable classification, as Moore J stated in Logan v Otis Elevator Company Pty Ltd [1997] IRCA 200 at 67 the principle is also applied in determining whether a particular award classification regulates employment of a particular character. To that authority may be added Fair Work Ombudsman v Complete Windscreens (SA) Pty Ltd [2016] FCA 621 where at [27] Besanko J said this:

… Where the particular issue is whether an employee is engaged in a particular classification or class of work, then the Court takes a practical approach and will consider the aspect of the employee’s employment which is the principal or major or substantial aspect (Ware v O’Donnell Griffin (Television Services) Pty Ltd [1971] AR (NSW) 18; Director of The Fair Work Building Industry Inspectorate v Linkhill Pty Ltd (No 7) [2013] FCCA 1097 at [77]).

The following reference to Federated Engine Drivers and Firemen’s Association of Australasia v Maffra Co-operative Milk Products Co Ltd (1940) 42 CAR 836 (O’Mara J) made by Logan J at [35] of Anglo Coal is pertinent to the resolution of the present appeal (emphasis added):

[35]         A statement made by O’Mara J of the former Commonwealth Court of Conciliation and Arbitration in Federated Engine Drivers and Firemen’s Association of Australasia v Maffra Co-operative Milk Products Co Ltd (1940) 42 CAR 836 at 837 (FEDFA v Maffra) remains as true today as it did in 1940:

In the circumstances of that case, which necessarily included the way in which the award concerned was cast, O’Mara J held that the award applicable to engine drivers and thus the rates of pay it prescribed for engine drivers applied to an employee who only occasionally undertook engine driving work (for which he needed to and did hold a certificate of competency) but otherwise worked as a labourer. Influential in his Honour’s conclusion were clauses in the engine drivers award which indicated that it was intended to apply even when persons bound by it were undertaking work other than the usual work of their calling.

In Maffra, the employee in question was employed to perform mixed duties: predominantly labouring, and only for about two hours every day driving an engine. However in order to perform the work of an engine driver, the employee was required to hold a certificate of competency to drive an engine. While O’Mara J observed that the major and substantial “portion of his time” was spent doing work other than engine driving, his Honour nevertheless held the applicable award to be the Engine Drivers Award.

Quantitatively, the major part of Ms Bobridge’s work was not that of flying helicopters.  But she was engaged as a pilot and was required to be a pilot.  That is, she was required to fly helicopters as and when Choppair required her to do so.  She was recorded as and regarded to be a member of Choppair’s flight crew.  She was required to hold a commercial pilot’s licence and undergo proficiency and currency checks as well as pilot related training.  The holding of a commercial pilot’s licence is a critical element of the definition of pilot in the AP Award.  As Ms Bobridge’s “first priority”, flying was integral to her employment.  Those matters together with the highly specialised nature of the work of a pilot strongly support the conclusion that, qualitatively, flying helicopters was a major part of Ms Bobridge’s work.