Fair work general protections; the anatomy of a case 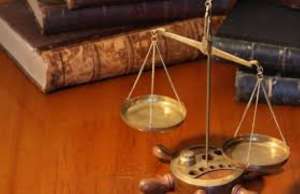 This Federal Court case contains an excellent analysis of how to analyze the practical issues associated with a general protections case in the fair work system.

“The threat by George Kodari was made with intent to coerce Mr Tran in the sense of intending to negate his choice to exercise that workplace right and to instead sign the new contract: Esso Australia Pty Ltd v Australian Workers’ Union [2016] FCAFC 72; 245 FCR 39 at [174]. The presumption as to that intent under s 361 was engaged, and that presumption was not rebutted by any evidence of the nature or quality adverted to by the High Court in Board of Bendigo Regional Institute of Technical and Further Education v Barclay [2012] HCA 32; 248 CLR 500 (Bendigo TAFE v Barclay) at [41]-[45].  The bare denial in the affidavits of Mr Kodari and George Kodari did not suffice to rebut the presumption in s 361.  That bare denial did not require the ritualistic and barren application of the rule in Browne v Dunn (1893) 6 R 67 by Mr Tran to a circumstance in which this was a live issue for which there was an obligation on the respondents (relevantly as it turns out, George Kodari and Kodari Securities) to negate coercion once material facts were pleaded and proven. As Campbell J in substance pointed out in West v Mead [2003] NSWSC 161; 13 BPR 24,431 at [94]-[99], the rule is one of pragmatism and fairness, which did not require those perfunctory paragraphs to be formally challenged. I therefore conclude that s 343(1)(a) of the Fair Work Act was contravened by both George Kodari and through him by Kodari Securities.

I find that Mr Tran did not resign from his employment with Kodari Securities.  Rather, Mr Tran had his employment terminated by Kodari Securities.  This took place in the following way.  After the text message sent by Mr Kodari at 8.28 pm on 11 November 2016 and Mr Tran’s reply a short time later denying he had resigned, and reasserting the exercise of his workplace right to obtain legal advice about the new contract, Mr Kodari caused the police to contact Mr Tran, which took place at about 11.30 pm that night.  Mr Kodari had the option of instead facilitating the exercise of that workplace right.  The police told Mr Tran that he had to return all property owned by Kodari Securities by 12.00 pm the next day.

While the evidence in Mr Tran’s affidavit of being contacted by the police was only admitted as evidence that it was said, and not as evidence of the truth, Mr Tran was cross-examined on that evidence in a way that did not maintain that limitation, when it was put to him that the police had told him, as a fact and without any s 136 limitation, “We have a report from Michael Kodari who says you no longer work for the company and you have no permission to use their car and equipment and you need to return them by 12 noon tomorrow”, which Mr Tran confirmed was the case. Once the evidence is admitted, by s 60 of the Evidence Act it is also evidence of the truth, and thus is evidence of the fact that Mr Kodari caused the police to ring Mr Tran and require the return of the property.

It is not to the point that Mr Tran did not appreciate that this meant that his employment had been terminated.  What matters is that two hours later, at 1.30 am on 12 November 2016, Mr Tran returned to Kodari Securities the Maserati with its keys, three mobile phone handsets, being the property that he had been told that he had to return.  Mr Tran then rang the police and reported that he had returned that property.  By then his employment by Kodari Securities had undoubtedly ended.  I do not accept that Mr Tran’s text amounted to a repudiation of his contract, and it certainly was a denial of having resigned.  The tail end of his text suggests continued defiance of the position advanced in the immediately preceding text from Mr Kodari.  Despite the emphatic language used, in light of his evidence and in all the circumstances, I am satisfied that this did not constitute an acceptance that his employment had ended.

This dismissal amounted to adverse action by Kodari Securities via the actions of Mr Kodari, because, as already found, that dismissal took place because Mr Tran had earlier that evening proposed to exercise a workplace right to seek legal advice, and thereby constituted adverse action and thereby a contravention of s 340(1)(a)(iii) of the Fair Work Act.  The contravention was by Kodari Securities, and by Mr Kodari by reason of his conduct giving rise simultaneously to the conduct by the company and the necessary involvement by him: see Hamilton v Whitehead [1988] HCA 65; 166 CLR 121, as discussed in Parker v Australian Building and Construction Commissioner [2019] FCAFC 56; 365 ALR 402 at [246] to [250].”