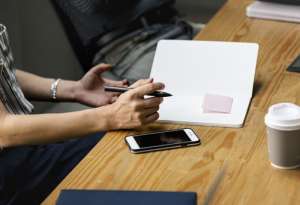 The first issue which the conciliator needs to satisfy himself or herself about is EITHER that the Fair Work Commission has jurisdiction to deal with the matter OR that the parties are content for that to be assumed, either because they do not see any jurisdictional issues or they are prepared to participate in the conciliation while reserving their rights to raise a jurisdictional issue later. For example, in an unfair dismissal case, there may be a dispute between the parties about whether the applicant resigned his or her employment and in that event the employer may opt to reserve its right to contest that matter at a later date, but decide to participate in the conciliation to see whether the matter can be settled without a hearing on that issue. Thus an employer might, for instance, opt to see whether a settlement can be sorted out without the need to incur legal fees of a contest on the issue of jurisdiction.

Assuming that the conciliator is free to proceed, he or she will then allocate several minutes to introducing the parties to each other, since they are on the end of a telephone, and to explain the process. The conciliator will then invite the advocate for the applicant to take several minutes to summarize the applicant’s case and then extend the same right to the respondent’s advocate to do likewise.

The conciliator is not able to and cannot make any decisions about contested matters; that is for a formal hearing several months later if required before a Deputy President or Commissioner, when evidence is put and tested. Many of my clients have difficulty with this concept, and prepare for a conciliation conference as if the conciliator must accept their version of events. This is simply wrong. The conciliation conference devotes very little time to contested matters in dispute because that is not its purpose. Its purpose is to explore whether the parties can settle their dispute and in many cases this is assisted by brevity and harmed by arguing. That is why the parties are afforded a very brief time, no more than five minutes, to summarize each of their cases.

Once the parties have done so, the conciliator, who will be managing egos and hostility, and often manners as best he or she can, will split the conference into private sessions. Depending upon the assessment by the conciliator of strategy, or the conciliator’s own practice, he or she may ask the applicant, or the applicant’s representative, to express what it will take for the applicant to settle his or her case. This is the applicant’s opening (and sometimes final) position. For reasons which I will not reveal, my tactical preference when acting for an applicant is to put this on the table while the respondent is present in the telephone conference.

The conciliator will then ask the applicant to discontinue the telephone conference while he or she discusses that position with the respondent. A good conciliation conference is self evidently one which achieves a settlement. And this is only ever normally achieved after the conciliator shuffles backwards and forwards between the parties endeavouring to settle a deal.