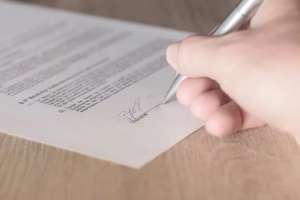 For various reasons, some justified, but mostly not, parties, particularly applicant employees, attempt to walk away from an settlement agreement reached at a conciliation conference. By and large this is not permitted and the following extract from a recent Federal Circuit Court decision explains why.

“The following statements of principle relevantly guide the resolution of these aspects in relation to Ground 1.

In Equuscorp Pty Ltd v Glengallen Investments Pty Ltd, among almost innumerable other cases that could be cited, the High Court set out the following summary of principle regarding contracts and their binding nature once signed, at [33] – [35] (internal citations omitted; emphasis added):[101]

[33] The respondents each having executed a loan agreement, each is bound by it. Having executed the document, and not having been induced to do so by fraud, mistake, or misrepresentation, the respondents cannot now be heard to say that they are not bound by the agreement recorded in it. The parol evidence rule, the limited operation of the defence of non est factum and the development of the equitable remedy of rectification, all proceed from the premise that a party executing a written agreement is bound by it…

[34] There are reasons why the law adopts this position. First, it accords with the “general test of objectivity [that] is of pervasive influence in the law of contract”. The legal rights and obligations of the parties turn upon what their words and conduct would be reasonably understood to convey, not upon actual beliefs or intentions.

[35] Secondly, in the nature of things, oral agreements will sometimes be disputable. Resolving such disputation is commonly difficult, time-consuming, expensive and problematic. Where parties enter into a written agreement, the Court will generally hold them to the obligations which they have assumed by that agreement…

[24] “It is of the essence of contract, regarded as a class of obligations, that there is a voluntary assumption of a legally enforceable duty.”  To be a legally enforceable duty there must, of course, be identifiable parties to the arrangement, the terms of the arrangement must be certain, and, unless recorded as a deed, there must generally be real consideration for the agreement.  Yet “[t]he circumstances may show that [the parties] did not intend, or cannot be regarded as having intended, to subject their agreement to the adjudication of the courts”.

[25] Because the inquiry about this last aspect may take account of the subject-matter of the agreement, the status of the parties to it, their relationship to one another, and other surrounding circumstances, not only is there obvious difficulty in formulating rules intended to prescribe the kinds of cases in which an intention to create contractual relations should, or should not, be found to exist, it would be wrong to do so. Because the search for the “intention to create contractual relations” requires an objective assessment of the state of affairs between the parties (as distinct from the identification of any uncommunicated subjective reservation or intention that either may harbour) the circumstances which might properly be taken into account in deciding whether there was the relevant intention are so varied as to preclude the formation of any prescriptive rules.  Although the word “intention” is used in this context, it is used in the same sense as it is used in other contractual contexts. It describes what it is that would objectively be conveyed by what was said or done, having regard to the circumstances in which those statements and actions happened.  It is not a search for the uncommunicated subjective motives or intentions of the parties.