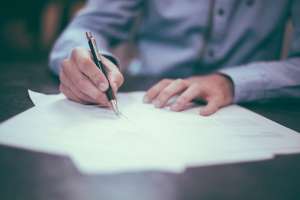 A senior member of the Fair Work Commission has instructed the General Manager of the Commission to refer for investigation the conduct of two New South Wales law firms to the “appropriate authorities and/or regulatory bodies for the legal professional in New South Wales” arising from letters which were sent by the law firms on behalf of their client,  an employer who was a respondent to an unfair dismissal case the Commission was dealing with.

Sec 676 of the Fair Work Act provides that a person commits an offence if the person threatens, intimidates, coerces or prejudices another person and the person does so because the other person has given or proposes to give, information or documents to the Fair Work Commission.

Here is the relevant passage from the decision.

“I am also aware that solicitors acting on behalf of PRG have communicated with Ms Boudna after her unfair dismissal application was filed. Ms Boudna’s unfair dismissal application was filed on 15 March 2018. On 12 April 2018 Solicitors for Mecca Bah corresponded with Ms Boudna warning her about spreading false rumours and that to do so constituted a breach of her “contractual and equitable obligation to Mecca Bah” to not disclose confidential information acquired in the course of employment, and also constituted “misleading and deceptive conduct in contravention of s. 18 of the Australian Consumer Law.” The letter demanded that Ms Boudna immediately stop spreading rumours or information about Mecca Bah’s financial performance, its future business plans or the circumstances in which her employment was terminated. The letter concludes by stating that if Ms Boudna does not comply with the “demand” proceedings will be commenced against her rendering her liable to pay “significant compensation” and that the letter is not related to her unfair dismissal application.

On 17 August 2018 a further letter threatening defamation proceedings against Ms Boudna was sent by another law firm on behalf of Mecca Bah. That letter refers to “false statements and claims” to the Fair Work Commission in relation to: Mecca Bah being in financial difficulty; Mecca Bah ceasing operations; and allegations in relation to matters involving Mr Chilingaryan. The letter states as follows:

We act for The Trustee for Mecca Bah (Gold Coast) Trust.

We are also instructed to request that you submit to our office by 5:00PM Friday 24 August 2018 a draft of a clear and unqualified apology and retraction to the owners and staff of Mecca Bah.

In addition to the above, we are instructed to seek your agreement to the following:

If you do not agree to the above and take all the steps we have requested, our instructions are to commence proceedings without further notice. Such proceedings will include claims for damages as well as aggravated damages, costs and interest. Please treat this letter as a Concerns Notice for the purposes of section 14 of the Defamation Act 2005.

We note this letter is not associated with or in connection to the unfair dismissal proceedings that you have commenced.”

In my view it is more than coincidental that this letter was sent one day after Commissioner Riordan issued a Decision finding that Ms Kozmanyan had been unfairly dismissed and awarding compensation to her 53. It is arguable that the letters, particularly the letter dated 17 August 2018, are a breach of s. 676 of the Fair Work Act in that they were written to threaten or intimidate Ms Boudna in relation to her application for an unfair dismissal remedy and her evidence to the Commission in relation to that application. Accordingly, as I foreshadowed at the hearing of Ms Boudna’s unfair dismissal application I have referred the two letters to the General Manager of the Fair Work Commission with a request that advice be obtained about whether they should be referred to the appropriate authorities and/or regulatory bodies for the legal profession in New South Wales where both law firms operate. “