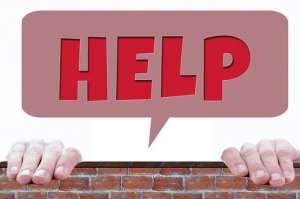 Section 589 of the Fair Work Act empowers the Fair Work Commission to make interim decisions on its own in initiative or upon application. The power to do so is not commonly used, but when used it is generally to make orders to preserve the status quo pending a formal hearing. The power is also available to bullying claims lodged with the Commission in its anti-bullying jurisdiction and the following extract from a recent decision of the Commission contains an analysis of the principles involved in the exercise of the discretion to issue interim orders.

The principles to be applied to an interim decision

Bromberg J in Quinn v Overland 9 referred to two main inquiries incorporating the test of whether damages would be an adequate remedy into the wider test of balance of convenience stating:

“[45] In determining an application for interlocutory relief, the Court addresses two main inquiries. First, whether the applicant has made out a prima facie case in the sense that if the evidence remains as it is, there is a probability that at the trial of the action the applicant will be held entitled to relief. Second, whether the inconvenience or injury which the applicant would be likely to suffer if an injunction were refused outweighs or is outweighed by the injury which the respondent would suffer if an injunction were granted: Australian Broadcasting Corp v O’Neill [2006] HCA 46; (2006) 227 CLR 57 at [65], [19].

[46] The requirement of a “prima facie case” does not mean that the applicant must show that it is more probable than not that the applicant will succeed at trial. It is sufficient that the applicant show a sufficient likelihood of success to justify in the circumstances the preservation of the status quo pending the trial. How strong the probability needs to be depends upon the nature of the rights the applicant asserts and the practical consequences likely to flow from the order the applicant seeks. In that context there is no objection to the use of the phrase “serious question” to convey the strength of the probability: Australian Broadcasting Corp v O’Neill per Gummow and Hayne JJ at [65]-[72], Gleeson CJ and Crennan J agreeing at [19].”

Serious question to be tried

As Gummow and Hayne JJ explained in Australian Broadcasting Corporation v O’Neill, 10 referred to by Bromberg J in Quinn v Overland above, in order for an applicant for interlocutory relief to demonstrate that there is a “serious question to be tried”:

1.1 It is sufficient that the applicant show a sufficient likelihood of success to justify the preservation of the status quo pending the trial: at [65].

1.2 The applicant need not demonstrate more than a 50% chance of ultimate success: at [68].

1.3 In that light the issue may be understood as whether the applicant has made out a prima facie case for relief: at [65], [70].

1.4 Whether the applicant shows a sufficient likelihood of success depends on the:

1.4.1 nature of the rights asserted; and

1.4.2 practical consequences likely to flow from the interlocutory order sought. Particular considerations arise where the grant or refusal of an interlocutory injunction in effect would dispose of the action finally in favour of whichever party succeeded on that application: at [72].

“As Sundberg J observed in Sigma Pharmaceuticals (Aust) Pty Ltd v Wyeth (2009) 81 IPR 339; [2009] FCA 595 at [15] (Sigma Pharmaceuticals), when considering whether to grant an interlocutory injunction, the issue of whether the plaintiff has made out a prima facie case and whether the balance of convenience and justice favours the grant of an injunction are related inquiries. The question of whether there is a serious question or a prima facie case should not be considered in isolation from the balance of convenience. The apparent strength of the parties’ substantive cases will often be an important consideration to be weighed in the balance: Tidy Tea Ltd v Unilever Australia Ltd (1995) 32 IPR 405 (Tidy Tea) at [416] per Burchett J; Aktiebolaget Hassle v Biochemie Australia Pty Ltd (2003) 57 IPR 1; [2003] FCA 496 at [31] per Sackville J; Hexal Australia Pty Ltd v Roche Therapeutics Inc (2005) 66 IPR 325; [2005] FCA 1218 at [18] per Stone J; and Castlemaine Tooheys at CLR 154; ALR 558 per Mason ACJ.”

A summary of the applicant’s bullying allegations are set out above and while they are denied by the employer, on their face they raise allegations that Part 6-4B Workers Bullied at Work of the Act is designed to remedy. As such I am prepared to accept on their face that the allegations raise a serious question to be tried. However, as put by the employer there is a limited likelihood of success to justify the order being granted pending finalisation of the application. This is because Ms Ormiston has been transferred and would no longer be the applicant’s supervisor should the applicant return to work.

The legislation requires the possibility of a risk of future bullying at work by the named individual Ms Ormiston. On the submissions of the employer this risk is now removed even if the applicant returns to work at some time in the future.

Considering what has been put before the Commission in regard to the new role now performed by Ms Ormiston, even if the allegations of bullying said to have occurred prior to November 2017 are made out, there no longer appears to be a risk that the applicant will continue to be bullied by Ms Ormiston. On this basis there does not exist a sufficient likelihood of success in the applicant’s substantive application for an interim order to issue.

The balance of convenience and damage

The employer submits that it will be substantially prejudiced if the interim order was granted. This is because it would prevent the employer from considering on medical advice whether or not the applicant should remain employed where she has not attended for work since November 2017. Further, if the employer is successful at any future bullying hearing it would not be able to recover any damages it may incur as a result of any interim order issuing.

The issuing of an interim order needs to be considered against the lawful rights of an employer becoming subservient to a bullying application where such applications are made in an attempt to prevent, circumvent or frustrate an employer’s rights. For example, an employer may wish to conduct and complete a performance review, take disciplinary action or terminate an employee’s employment contract.

In this case I am not satisfied that the balance of convenience favours an order being issued in the terms sought by the applicant. The applicant’s response to the employer’s correspondence of 15 March 2019 may elicit further enquiries by the employer being undertaken or reveal that Ms Leeman is medically fit to return to work due to the circumstances that initiated the internal work complaint and her subsequent complaint in the Commission having changed since November 2017.

For the above reasons the application is dismissed.”