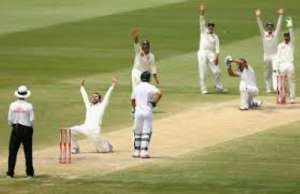 It is reasonably rare for the Fair Work Commission’s appeal tribunal, called a Full Bench, to overturn a decision of a member of the Commission made on discretionary grounds. It is even rarer for a Full bench to uphold an appeal against a decision to grant an extension of time in which to make an unfair dismissal application because permission to appeal is only capable of being granted when it is in the public interest. And that is very difficult to show. But such is the case in this case. But the appellant is the big end of town!

Finally, we are satisfied Woolworths has made out an arguable case of appellable error in relation to ground 1. Taking into account the state of the evidence as to Ms Lin’s medical condition, her ignorance of the statutory time limit for much of the delay period and her lack of knowledge and misapprehension concerning her legal rights before being on notice as to both, we consider there is an arguable case that the Commissioner erred in finding there was an acceptable explanation for the whole of the period of the delay and concluding that, in combination, these particular factors produced a situation which could have been seen as being ‘outside the usual course of events’ in the sense described by Rares J in Ho v Professional Services Review Committee No 295 .

In the manner outlined above, we are persuaded the matters addressed in the grounds of appeal raise an arguable case that the Commissioner failed to take into account relevant considerations, allowed irrelevant matters to guide him and mistook the facts in finding there were exceptional circumstances that warranted the exercise of discretion to grant a further period for an unfair dismissal application to be made by Ms Lin, such that an arguable case of the kind of error identified in House v King 39 arises.

Further, we consider that an arguable case has been made out that the Commissioner’s exercise of discretion manifests an injustice and the result is counter intuitive, so as to enliven the public interest. We also consider the Commissioner’s combining a number of ordinary factors and concluding they give rise to exceptional circumstances appears disharmonious when compared with other recent decisions dealing with similar matters. “