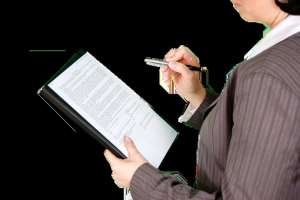 It is quite common for people to refer to a “forced dismissal” and that term is used by a Deputy President of the Fair Work Commission in this extract from an unfair dismissal case. Personally, I think the expression is commonly mis-used, however you be the judge.

[86] Although arising under the previous Act, 27 the following approach of the Full Bench of the Australian Industrial Relations Commission in O’Meara v Stanley Works Pty Ltd28 remains generally apposite to the consideration of section 386(1):

“[21] In this Commission the concepts have been addressed on numerous occasions and by a number of Full Benches. In Pawel v Advanced Precast Pty Ltd (Pawel) a Full Bench said:

“[13] It is plain that the Full Court in Mohazab considered that an important feature in the question of whether termination is at the initiative of the employer is whether the act of an employer results directly or consequentially in the termination of the employment and that the employment relationship is not voluntarily left by the employee. However, it is to be noted that the Full Court described it as an important feature. It plainly cannot be the only feature. An example will serve to illustrate this point. Suppose an employee wants a pay rise and makes such a request of his or her employer. If the employer declines and the employee, feeling dissatisfied resigns, can the resignation be said to be a termination at the initiative of the employer? We do not think it can and yet it can be said that the act of the employer i.e. refusing the pay rise, has at least consequentially resulted in the termination of the employment. This situation may be contrasted with the position where an employee is told to resign or he or she will be terminated. We think that all of the circumstances and not only the act of the employer must be examined. These in our view, will include the circumstances giving rise to the termination, the seriousness of the issues involved and the respective conduct of the employer and the employee. In the instant case the uncontested factual findings are that the applicant had for almost the whole of his employment performed welding duties; that there was no objective threat to his health and safety involved in the requirement that he undertake welding duties so long as it was not on a continuous basis and that the welding he was required to do was not continuous.”

[23] In our view the full statement of reasons in Mohazab which we have set out together with the further explanation by Moore J in Rheinberger and the decisions of Full Benches of this Commission in Pawel and ABB Engineering require that there to be some action on the part of the employer which is either intended to bring the employment to an end or has the probable result of bringing the employment relationship to an end. It is not simply a question of whether “the act of the employer [resulted] directly or consequentially in the termination of the employment.” Decisions which adopt the shorter formulation of the reasons for decision should be treated with some caution as they may not give full weight to the decision in Mohazab. In determining whether a termination was at the initiative of the employer an objective analysis of the employer’s conduct is required to determine whether it was of such a nature that resignation was the probable result or that the appellant had no effective or real choice but to resign.” (footnotes omitted)

“[33] Notwithstanding that it was clearly established, prior to the enactment of the FW Act, that a “forced” resignation could constitute a termination of employment at the initiative of the employer, the legislature in s.386(1) chose to define dismissal in a way that retained the “termination at the initiative of the employer” formulation but separately provided for forced resignation. This was discussed in the Explanatory Memorandum for the Fair Work Bill as follows:

“1528. This clause sets out the circumstances in which a person is taken to be dismissed. A person is dismissed if the person’s employment with his or her employer was terminated on the employer’s initiative. This is intended to capture case law relating to the meaning of ‘termination at the initiative of the employer’ (see, e.g., Mohazab v Dick Smith Electronics Pty Ltd (1995) 62 IR 200).

[34] It is apparent, as was observed in the decision of the Federal Circuit Court (Whelan J) in Wilkie v National Storage Operations Pty Ltd, that “The wording of s.386(1)(b) of the Act appears to reflect in statutory form the test developed by the Full Court of the then Industrial Relations Court of Australia in Mohazab v Dick Smith Electronics Pty Ltd (No. 1) and summarised by the Full Bench of the Australian Industrial Relations Commission in O’Meara v Stanley Works Pty Ltd” (footnotes omitted). The body of pre-FW Act decisions concerning “forced” resignations, including the decisions to which we have earlier referred, has been applied to s.386(1)(b): Bruce v Fingal Glen Pty Ltd (in liq); Ryan v ISS Integrated Facility Services Pty Ltd; Parsons v Pope Nitschke Pty Ltd ATF Pope Nitschke Unit Trust.” (footnotes omitted)

[88] Accordingly, the general principles to be applied in this case are well settled. Stated succinctly, they include: