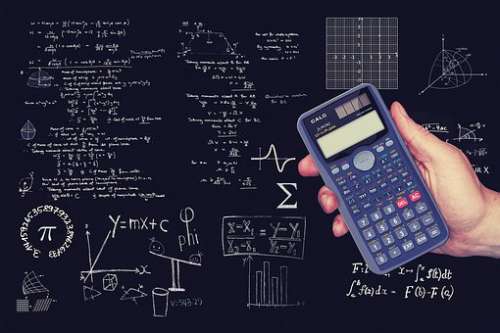 This extract from an unfair dismissal decision of the Fair Work Commission is an excellent analysis of the legal principles applicable when determining  whether allowances are including as earnings when calculating whether an employee’s annual rate of earnings exceeds the high income threshold under the provisions of the Fair Work Act.

[7] It is uncontroversial Mr Brittain commenced with BHP in around August 2011 in the role of Supply Service Technician in Port Hedland. In around August 2017, he accepted a role with BHP Minerals Pty Ltd (a related entity of BHP) as a Maintenance Planner in the Non Processing Infrastructure Department, and in around March 2020, he entered into an employment contract with BHP for the role of Officer Materials Logistics (Contract). The latter role was situated in Port Hedland on a residential basis.

[9] Section 382 sets out when a person is protected from unfair dismissal. For the purpose of this decision, the relevant subsection that speaks of the high income threshold is s 382(b)(iii), which provides:

the sum of the person’s annual rate of earnings, and such other amounts (if any) worked out in relation to the person in accordance with the regulations, is less than the high income threshold.

[10] A person’s annual rate of earnings, for the purpose of determining whether they exceed the high income threshold, is calculated in accordance with s 332 of the Act, which relevantly defines ‘earnings’ as follows:

An employee’s earnings include:

(a) the employee’s wages; and

(b) amounts applied or dealt with in any way on the employee’s behalf or as the employee directs; and

(c) the agreed money value of non-monetary benefits; and

(d) amounts or benefits prescribed by the regulations.

However, an employee’s earnings does not include the following:

(a) payments the amount of which cannot be determined in advance;

(d) amounts prescribed by the regulations…

[11] In the decision of Sam Technology Engineers Pty Ltd v Mr Andrew Bernadou (Sam Technology), 2 the Full Bench concluded that the definition of ‘earnings’ in s 332 was non-exhaustive and as such, ‘earnings’ should be given its ordinary meaning.3 In the course of its reasoning, the Full Bench qualified that the meaning of ‘earnings’, was subject to the payments and benefits referred to in s 332(1) being included in the meaning of ‘earnings’ and the payment and benefits referred to in s 332(2) being excluded from its meaning.

Now what does a man earn? He earns the sum which is the fruit of his labour; whatever he receives by way of remuneration for the services he gives, or as Lord Macnaghten said in Abram Coal Co v Southern [1903] AC 306, a man’s ‘earnings’ are ‘the full sum for which the man is engaged to work’. 5

[13] The Full Bench in Sam Technology observed that Lord Davey’s definition of ‘earnings’ had been applied in a number of Australian cases. It reiterated that in the context of s 382(b)(iii), ‘earnings’ are what an ‘employee receives for the work done by the employee in the course of their employment, rather than an amount paid to an employee to meet an expense incurred by the employee in undertaking such work….’. 6

[14] It is clear from s 332 and Sam Technology that the word ‘earnings’ is limited to those components of s 332(1) and excludes those payment and benefits referred to in s 332(2). Further, the ordinary meaning of ‘earnings’ is to be adopted, and from that meaning it can be concluded that earnings are the fruit of labour, that is, they are whatever is received by way of remuneration for the services provided.

[15] BHP submitted that the Commission had previously accepted on many occasions that an allowance for location, role, work and being project based, formed part of an employee’s earnings. 7

[16] The first example it provided was that of Kininmonth v Boom Logistics Ltd, 8 where it was found that a ‘job allowance’ and a ‘location allowance’ should both be included in the applicant’s ‘earnings’, because they were:

[17] The second decision referred to by BHP was that of Deputy President Asbury in Baker v Rio Tinto Coal Australia Pty Limited, 9 where it was held that a ‘location allowance’ formed part of the applicant’s ‘wages’ (as that term was used in s 332(10(a)), and the third was that of Commissioner Williams in respect of a 20% ‘work allowance payment’ in Bogaers v OS ACPM Pty Ltd.10

Work Allowance is payable to Pilbara based employees in consideration of the associated average working hours, hardship of roster arrangement and all aspects of working at site operations. Work Allowance is calculated as a percentage of Base Salary.

[19] Mr Brittain contended that on the face of the abovementioned definition and based on his evidence, that he was paid the Work Allowance as a recognition that Pilbara based employees had to get their own accommodation and get to site themselves rather than being flown in like FIFO workers; the Work Allowance was akin to ‘reimbursement principles’ and was not in reality a payment for work or his services.

[21] In response to Mr Brittain’s contentions, BHP highlighted that the Work Allowance was a payment clearly made to compensate Mr Brittain for the matters expressly referred to in the definition, including the working hours associated with his role and roster, and all other aspects of working at a (remote) mine site. That is, the Work Allowance was directly made in consideration for Mr Brittain performing his role.

[23] Regarding Mr Brittain’s reliance on Sam Technology, BHP submitted that such reliance was misplaced as the case concerned the consideration of ‘car allowance’ payments which were made in circumstances in which there was a requirement or expectation that the applicant would use their own car for work purposes. It was on that basis, the Full Bench found that only the value of the ‘private benefit’ of the allowance was to be included within the applicant’s earnings. 11 It therefore could not be said, stated BHP, that the circumstances were analogous to those in Sam Technology, as there was no suggestion that the value of the Work Allowance was not entirely for Mr Brittain’s private benefit.

[24] In short, Mr Brittain seeks to attribute to the term ‘Work Allowance’ a meaning that is simply not open on a plain reading of the clause. First, the definition of ‘Work Allowance’ informs that it is consideration for associated average working hours and hardship of the roster arrangement. The average working hours and hardship of the roster arrangement pertain directly to the work done by Mr Brittain during the course of his employment. Such consideration is not paid to him to meet some sort of expense incurred that is open to be characterised as reimbursement – it is for the fruits of his labour. Second, the payment is expressly calculated as a percentage of the Mr Brittain’s ‘Base Salary’, rather than having any connection to any ‘actual cost’ that he may have incurred or would likely incur. Third, the Work Allowance is, in my view, a guaranteed payment in the Contract of a fixed amount.

[25] Mr Brittain’s contention that the Work Allowance is ‘paid as recognition that Pilbara based employees had to get their own accommodation and get to site themselves rather than being flown in like FIFO workers’, is unable to be sustained in light of BHP’s submissions regarding relocation benefits provided on Mr Brittain’s move to Port Hedland when accepting the Maintenance Planner role in October 2017, 12 and other benefits provided to Mr Brittain to compensate him for any disadvantage when residing in Port Hedland.13

[26] Based on the abovementioned reasons, I have found that the Work Allowance forms part of Mr Brittain’s ‘earnings’, as that term is understood for the purposes of the Act (see s 332(1)). It follows that Mr Brittain’s earnings exceed the high income threshold and BHP’s jurisdictional objection must be upheld.

[27] Mr Brittain is a not a person protected from unfair dismissal and accordingly his application must be dismissed. An order 14 issues concurrently with this decision.”