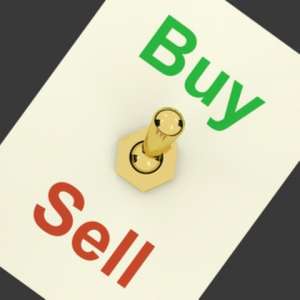 A national system employer means a “constitutional corporation” which in turn means a “trading corporation”, that is to say an incorporated entity which has a meaningful “trading” purpose and activity.

Most, but not all, non government organizations (NGOs), such as charities, are incorporated  and many have an undeniable “trading” presence in the community. A good example is the Red Cross. My wife is a volunteer with the Red Cross in one of its stores, and that little business is managed just like a small business, with a budget and so forth.

On the other hand, there are incorporated charities which have no trading activities and, for example, derive their income from fund raising. They are not covered by the Fair Work Act.

The question whether an employer is a trading corporation is often very difficult to determine.

For example in Kenneth Daniel Kelly v Great Southern Employment Development Service Committee Incorporated (2017) WAIRC 968 Kenner SC was called upon to determine whether the Western Australian Industrial  Relations Commission had jurisdiction to determine a claim of unfair dismissal which was before it in the face of a challenge by the employer which was seeking to argue that it was a constitutional corporation and that the claim was misconceived because it should have been pursued in the Fair Work Commission. The Senior Commissioner, with the greatest respect to him, an excellent, experienced and learned lawyer, decided that the activities of the respondent were not sufficiently commercial to render it a trading corporation, despite its revenue being derived largely from federal government grants which were managed by both the Commonwealth and the respondent under very tight accountability protocols and together with revenue from some trading activities.

On the other hand in Kape v The Golden Mile Loopline Railway Society Inc & Ors (No 2) (2017) FCCA 3014 delivered 7 December 2017, Perth Federal Circuit Court Judge Tony Lucev was required to determine whether the abovenamed benevolent railway enthusiasts’ society was a trading corporation under the Fair Work Act. Judge Lucev is also an outstanding judge and industrial lawyer. I have included an extract from his judgement to illustrate just how fine a line this issue can be.

Unfortunately, I have been unable to resist the temptation to describe the different outcomes of each case as just as easily being capable of being determined by a “toss of the coin”.

… The only sure guide to the nature of the company is a purview of its current activities, a judgment as to its nature being made after an overview of all those activities… CLR at 208 per Barwick CJ

Essentially it is a description or label given to a corporation when its trading activities form a sufficiently significant proportion of its overall activities to merit its description as a trading corporation…: CLR at 233 per Mason J.

(5)   The ends which a corporation seeks to serve by trading are irrelevant to its description: St George County Council (543, 569); Ku-ring-gai (160); State Superannuation Board (304-306); E (343). Consequently, the fact that the trading activities are conducted is (sic) the public interest or for a public purpose will not necessarily exclude the categorisation of those activities as “trade”: St George County Council (543) (Barwick CJ); Tasmanian Dam case (156) (Mason J).

Characterisations of the organisation’s trading activities

The Society is a not for-profit organisation of members interested in the preservation and operation of the narrow gauge railway, known as the Loopline, as a national tourist attraction and public exhibition and as from 01/07/2000 has been registered as a “Deductible Gift Recipient” under the Income Tax Assessment Act of 1997 and is a charitable institution.

3 a)         To preserve, maintain and improve the historic Loopline Railway

3 b)         To develop infrastructure for the Loopline Railway.

3 e)         To promote general interest of the public by providing a society of persons united in the common aim of preserving and operating the narrow gauge railway.

Any monies above expenses gained by the Society from the operation of trains or by any other means will be used for the extension of facilities and to widen the scope of the Society.

(2) Notwithstanding subsection (1), an association for the purpose of trading or securing pecuniary profit to the members from the transactions of the association is not eligible to be incorporated under this Act.

The activities of GMLRS

and, therefore, the Court is of the view that GMLRS is, on the evidence available in this case, a trading corporation, and therefore a constitutional corporation for the purposes of s.14(1)(a) of the FW Act. The consequence of that is that the Court has jurisdiction to hear Mr Kape’s claim of an alleged contravention of a general protection.