Fair Work Act and ignorance of the law Part 2 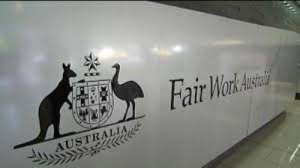 On 14 September, I published a post about the issue whether ignorance of the law constitutes a defence to a complaint of a contravention of the Fair Work Act. I cited a case which concluded that knowledge of the law is not a requirement for proof of a contravention by  an employer, but a certain degree of knowledge is required to prove accessorial liability, for example liability by a director or employee of an employer.

But what level of knowledge is required? Is a wilful disregard of the law relevant? Here is the answer from the same case.

“Given his responsibilities at Raying Holding and the knowledge gained from his own work history, notwithstanding his submissions on this point I conclude that any ignorance on Mr Shi’s part of details of the Modern Award was the result of wilful blindness on his part.  I infer that he chose not to inform himself because the knowledge gained would be inconvenient.  In that regard, in a passage quoted in Richardson & Wrench (Holdings) Pty Ltd v Ligon No 174 Pty Ltd (1994) 123 ALR 681 and Fair Work Ombudsman v South Jin Pty Ltd [2015] FCA 1456, the Privy Council advised in The Zamora No 2 [1921] 1 AC 801 that:

… a man is said not to know because he does not want to know, where the substance of the thing is borne in upon his mind with a conviction that full details or precise proofs may be dangerous, because they may embarrass his denials or compromise his protests.  In such a case he flatters himself that where ignorance is safe, ‘tis folly to be wise, but there he is wrong, for he has been put upon notice and his further ignorance, even though actual and complete, is a mere affectation and disguise.  (at 812)

As knowledge of the content of the FW Act and awareness of what the primary contravener knew are not elements of an allegation of accessorial involvement in a principal’s breach of s.357 of the FW Act, what the Ombudsman had to prove in order to make out her allegation that Mr Shi was an accessory to Raying Holding’s contraventions of that section was that at relevant times he had knowledge of the essential matters constituting the company’s contraventions and was an intentional participant in them………………..In making the above findings, I have kept in mind s.140 of the Evidence Act 1995 and the antecedent common law which informs it…………………”